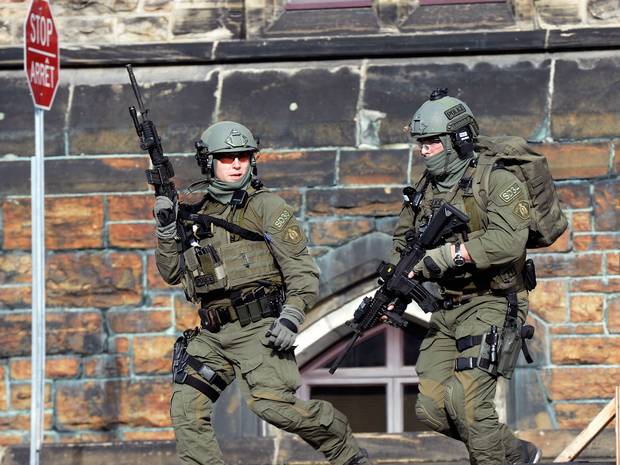 Shots fired in downtown Ottawa, including the Parliament. A soldier has been killed

The Prime Minister of Canada, who was at the Parliament at the moment of the incident, safely left the building

On Wednesday, shots were fired in downtown Canada, in front of the Parliament and at a hero memorial, were a soldier has been killed, according to sources quoted by the CBC station.

Canadian Prime Minister Stephen Harper was at the Parliament at the moment of the incident on Wednesday, but left the area safely.

According to The Telegram, shots were fired in front of the Canadian Parliament and the security agents are looking for the author.

The Parliament’s building has been closed following the armed incident.

Share
Facebook
WhatsApp
Telegram
Print
Email
Articolul precedentThe new European Commission has been validated by the European Parliament
Articolul următorArmed incidents in Ottawa: Antiaircraft alert at Washington. The author of the attack has been identified – VIDEO