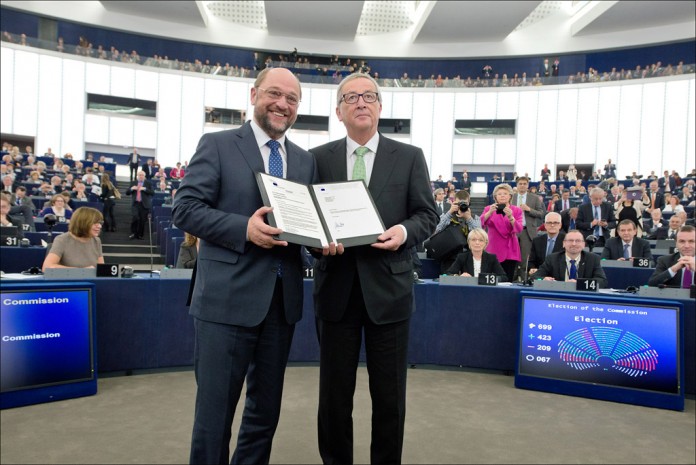 The new European Commission has been validated by the European Parliament

423 Eurodeputies voted in favor of the new Commission

Juncker’s team had every chance to win the majority, because it had the support of the two major political groups in the European Parliament, the EPP Conservatives and the Socialists.

423 Eurodeputies voted in favor of the new Commission, while 209 were against and 67 abstained from voting.

Juncker’s Commission will begin its activity on the first of November; the mandate of the current European Commission, led by Jose Manuel Barroso, will be completed on the 31st of December.