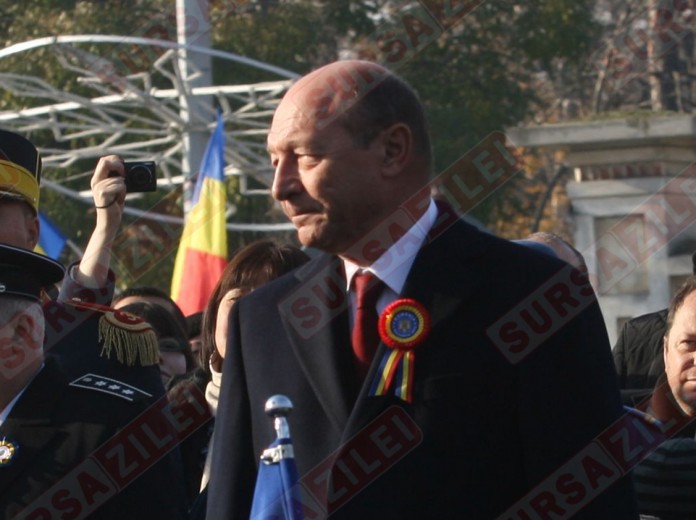 The former President of Romania, Traian Basescu, under prosecution

The former President will have a hearing, on Wednesday, at the General Prosecution Office

On Wednesday, the former President of Romania, Traian Basescu, was cited at the General Prosecution Office, as a suspect in a file opened on the complaint of Senator Gabriela Firea. This was confirmed on Monday by Traian Basescu himself.

The former President made it clear that the judges of the Constitutional Court decided, following the PSD Senator’s notification, that “the President is free to make any political statement during his tenure, as any other Parliamentarian”.

Traian Basescu said that he will go on Wednesday at the General Prosecution Office, as a suspect, just as “Tiberiu Nitu is a suspect that, during the Revolution, when he was a Security soldier, he killed some people”.

The former President accused Gabriela Firea that, during 2007-2011, she was borrowing money from Crescent, a former Security company, through another firm. “She borrowed like that, year after year, 400 million EUR and about 1.8 million USD from Crescent. I believe that state bodies should look at Grivco, just to see exactly how much money were transferred from Crescent during 2007-2011, when Mrs. Firea was administrator. Money which she forgot to give back” said Basescu.