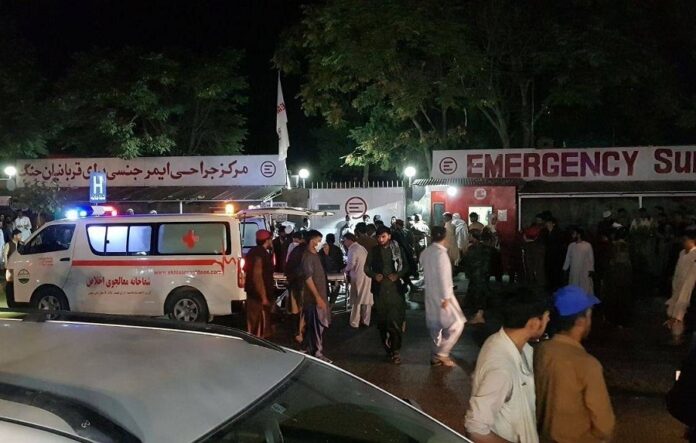 US braces for more ISIS attacks after deadly Kabul attacks

US forces helping to evacuate Afghans desperate to flee Taliban rule braced for more attacks on Friday after an Islamic State suicide bomber killed 85 people, including 13 US soldiers outside the gates of Kabul airport, according to Reuters.

Two blasts and gunfire rocked the area outside the airport on Thursday evening, witnesses said. Video shot by Afghan journalists showed dozens of bodies strewn around a canal on the edge of the airport.

A health official and a Taliban official said the toll of Afghans killed had risen to 72, including 28 Taliban members, although a Taliban spokesman later denied that any of their fighters guarding the airport perimeter had been killed.

The US military said 13 of its service members were killed.

General Frank McKenzie, head of U.S. Central Command, said US commanders were on alert for more attacks by Islamic State, including possible rockets or car bombs targeting the airport.

US President Joe Biden said he had ordered the Pentagon to plan how to strike ISIS-K, the Islamic State affiliate that claimed responsibility.

Biden on Thursday vowed to complete the evacuation of Americans and their allies from Afghanistan after a deadly terror attack near Kabul’s airport took the lives of more than a dozen U.S. service members and many Afghans.

The Minister of Foreign Affairs, Bogdan Aurescu said on Thursday in a tweet that he strongly condemns the terrorist attacks in Kabul, mentioning that the institutional crisis task force is in contact with the nine Romanian citizens in Afghanistan, who were not affected by the attacks.

“It is with deep regret that not everyone has been able to be evacuated during this process,” said Britain’s Defence minister Ben Wallace, adding that he thought there were around 100 to 150 British nationals still in the country, some of whom were willingly staying.

Around 800 to 1,100 Afghans who worked with Britain and had been eligible to leave the country would not make it through, Wallace told LBC radio.