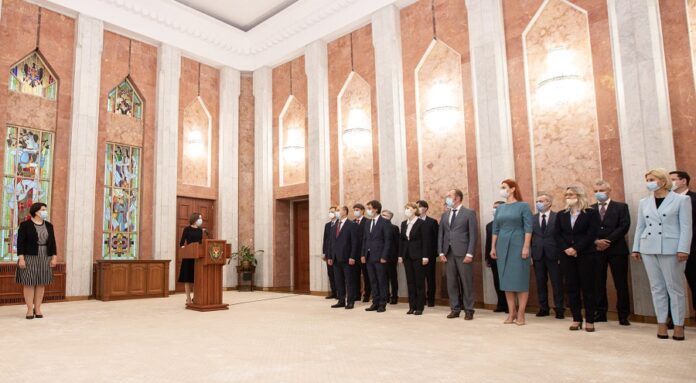 The Republic of Moldova’s parliament on Friday approved the pro-Western president’s government after her party won an early election this summer on promises to improve ties with the European Union and fight corruption, according to AP News.

Parliament approved the government nominated by President Maia Sandu with 61 votes in the Republic of Moldova’s 101-seat legislature. The government will be led by new Prime Minister Natalia Gavrilita, an economist.

The new government was confirmed after the Party of Action and Solidarity (PAS), a pro-Western and centre-right party founded by Sandu, won a snap election in July.

PAS promised closer ties with the European Union instead of Russia and to clean up corruption in the Republic of Moldova, a country of 3.5 million, Europe’s poorest, sandwiched between Romania and Ukraine.

“The current government has an extremely important mission,” said Gavrilita.

“To show people that the Republic of Moldova can be governed by honest people, well-intentioned people,” added Gavrilita.

The election on July 11 saw PAS take almost 53% of all votes, compared to the Russia-friendly electoral bloc of Communists and Socialists, which took 27% — giving PAS a clear parliamentary majority.

After the July election, Sandu said she hoped it would “be the end of the thieves’ reign over the Republic of Moldova.”

“People expect changes for the better,” said Sandu, saying that will require “firm actions and competent decisions that put the citizen’s interest in the forefront.”

In 2014, the Republic of Moldova signed a deal with the European Union to forge closer ties, but rampant corruption and lack of reforms have blocked development in the country, which ranked 115th out of 180 countries in Transparency International’s 2020 Corruption Perception Index.

In June 2021, the European Commission announced that Moldova would receive a 600 million euro economic recovery package from the EU, but that it would be conditional on judicial and anti-corruption reforms.