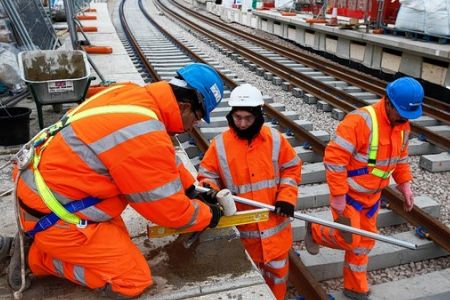 MigrationWatch estimated that 50.000 Romanians and Bulgarians will arrive on British soil annually in the next five years

The number of Romanian and Bulgarian workers in the UK has again reached a record high, after the restrictions on the British labour market for the citizens of Romania and Bulgaria were lifted at the beginning of this year, stated The Telegraph on Wednesday.

According to data published by the National Statistics Office of the United Kingdom, 153.000 Romanians and Bulgarians were working in the country, 13.000 more (9%) over the same period of last year.

Compared to the same period of 2012, in the second quarter of 2014 there was a 47% increase in the number of Romanians and Bulgarians working in the UK, and if we compare it to the similar period in 2011, the increase is 59%.

MigrationWatch, which supports the imposition of tougher checks on immigrants in Britain, estimated that 50.000 Romanian and Bulgarian workers will arrive in Britain every year for the next five years.

According to The Telegraph, it is unclear whether the statistics that were published on Wednesday by the National Statistics Office of the United Kingdom were influenced by the common evolution implied by the agricultural season, when low-skilled immigrants can come to work on farms in the UK.

A report released in February by the Migration Observatory of The Oxford University stated that 6 out of 10 Romanian and Bulgarian immigrants which were living last year in the UK claimed to be self-employed (compared with the 14% of British citizens), which allowed them access to the British welfare system.