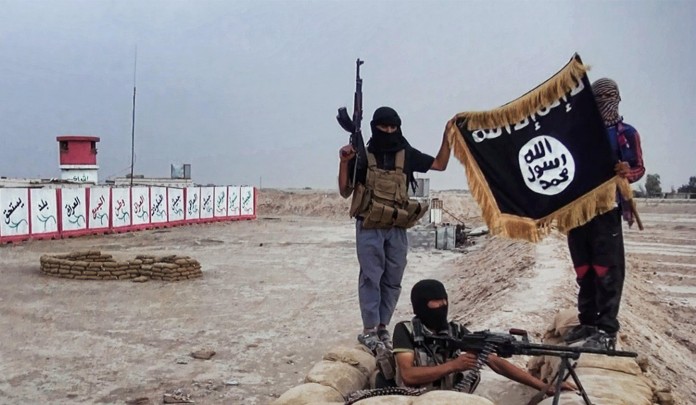 The Anti-ISIS fight: a complicated equation. What problems may Romania encounter by joining the anti-jihadist strategy?

Romania declared itself prepared to participate both strategically and operationally in the coalition that should lead to the defeat of the Islamic State of Iraq and Levant (ISIS), an organization which passed Al-Qaeda in the cruelty and intolerance chapter in the religious war which it started.

All analysis shows that removing or incapacitating ISIS will be very complicated for various reasons, related to the ethnic and religious mosaic and to the regional and global power games.

ISIS activates on the sovereign territory of two countries – Syria and Iraq – and the military and informational strategy is coordinated by the United States. Based on these coordinates, the situation is very complicated, most of the actors having parallel or divergent interests.

Here we have a civil war that’s been going on for three years, in which almost 200.000 people have lost their lives. Bashar Al-Assad’s regime remained in power, but only controls the region near the Damascus capital and the north-western coastal region. Large areas in the center, north and east are controlled either by ISIS or by other Islamist rebel groups, more moderated, with which they came into conflict.

Al-Assad’s regime, which is based on the Alevis, Druze-Christian and moderate Sunni communities, remained into power in recent years with the direct help of Iran, of the Hezbollah Shiite Movement of Lebanon and of the Russian Federation.

The United States want to get rid of Al-Assad’s regime to reduce Iran’s and Russia’s influence, but not at the cost of transferring the power to a radical Islamist one, which is based on the conservative Sunni community.

Thus, Syria refuses to allow unconditional access to US aviation in its airspace, even if it’s the same common enemy, feeling that it’s time to return to the arena of international diplomacy, while having something to offer.

The main reason for the ISIS offensive from earlier this year was the support offered by the Sunni majority in western Iraq, which has tribal ties with the Sunnis in eastern Syria. This support is also based on the policy of a government that was mainly abusive and undemocratic towards minorities – the Shiite government of Baghdad led by Nuri Al-Maliki in recent years under the influence of Iran. Since September 2014, the new Prime Minister is Haider Al-Abadi, who, under the pressure of Western forces, has the mission to impose a government in which Sunnis will feel represented.

The Iraqi army easily surrendered ground to ISIS, and the main power that is opposing the ISIS jihadists is the Kurdish militia (Peshmerga), which represents a new strategic issue: the Kurdistan autonomous region is showing that it’s able to self-sustain, which causes unrest in Turkey, where the relation with the Kurdish minority is still tense.

Barack Obama’s strategy is based on creating a coalition of 40 states to annihilate ISIS, but American politics in the region seek to balance these variables. A total offensive against ISIS must be preceded by attracting the Sunni from Iraq towards the mainstream political game in Baghdad, where their interests must be well represented, so that they won’t be attracted by the mirage of international jihadism, promoted by ISIS.

Also, the United States plans to support the more moderate rebel groups in Syria which are able to fight against ISIS so that they won’t be obligated to compromise with Bashar Al-Assad.

Obama has to be very careful with the domestic policy as well. His motto is “no boots on the ground” – meaning without ground combat mission – on which he secured the support of the American public during elections, tired of the wars in Afghanistan and Iraq.

On Wednesday, Obama said that American soldiers will not have a combat mission in Iraq and will not fight again in a war on American soil, and that the main role in the anti-ISIS fight must be held by the Iraqi army.

On the other hand, a Pentagon representative said that he will recommend using ground troops if the air strikes, which have been running steadily since August, will not have the desired effect.

The Americans must take into account public pressure in the sense of decisive action, in the context in which American journalists James Foley and Steven Sotloff have been decapitated and ISIS has launched terrorist threats.

London is already offering support through reconnaissance flights, but is now focused on the fate of the union with Scotland; the secession referendum is taking place Thursday, on the 18th of September. Briton David Haines was recently decapitated by ISIS militants, and a terrorist with British accent appears in the beheading videos.

Egypt, Iraq, Jordan, Lebanon and the six states of the Arabian Peninsula have agreed on a few points: to stop the flow of foreign fighters for ISIS, to counteract the ISIS ideology, to not grant impunity to jihadists, to stop the flow of money towards ISIS, to provide humanitarian aid and to rebuild the affected areas, to support the states that face immediate threat from ISIS and, if possible, to join the coordinated military campaign.

These states are mostly Sunni (except Bahrain, which is ruled by Sunnis) and must also act in a precarious balance. On one hand, they must fight ISIS, which represents a threat towards their own state organization through the promoted anarchy. On the other hand, they must promote the interests of the Sunnis and to counter Shiite Iranian influence in the region.

Paris has a great competence in Syrian airspace, in the terms of military and strategic information because of the colonial tradition. But France will not intervene in Syria, after the failure in August 2013, when the plan to banish Bashar Al-Assad by military action was denied by the US.

Ankara refused to sign the agreement that was signed by the Arab countries and will refuse to make its territory available for military strikes against ISIS.

Turkey has a recent tradition to support the jihadist groups in Syria, especially Jabhat al-Nusra, affiliated with Al-Qaeda. But the most important element is the fact that ISIS has 49 hostages, Turkish citizens, diplomats and officials of the Consulate in Mosul, Iraq’s second largest city.

Turkey also fears that the ISIS annihilation will lead to the growing of the Kurdistan Workers Party’s (PKK) influence – a terrorist organization in the eyes of Turkey. Also, over 1.000 Turkish citizens are estimated to be enrolled into ISIS, and a direct action of the state would lead to attacks on Turkey’s territory.