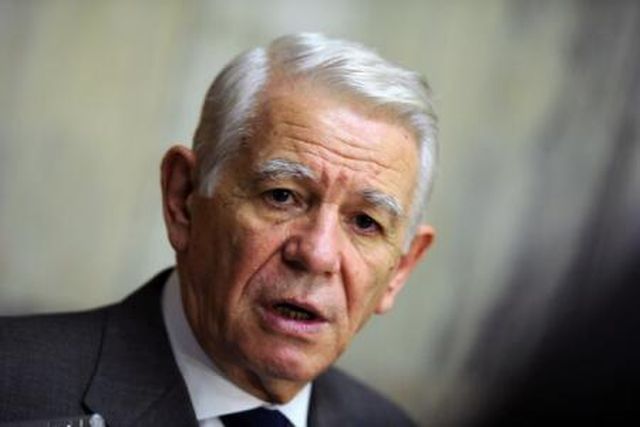 Teodor Melescanu might have some problems with the candidacy file

The former head of SIE (Foreign Intelligence Service), Teodor Melescanu, independent candidate at the presidential elections is facing a serious problem. The Social Democratic Party, which helped him raise signatures, wants to challenge Melescanu’s candidacy at the Central Electoral Bureau and to even ask for the money back that were spent collecting the signatures.

Acting President of the Social Democratic Party, Adrian Rece, declared on Wednesday at B1 TV that he spend, from his firms’ money, 200.000 EUR to collect signatures and that the party no longer supports Teodor Melescanu, after he denied himself from PSD on Tuesday. Traian Rece, former PSD senator, involved in several criminal cases, announced that he will appeal at BEC and will try to recover his money from the candidate which he supported.

Traian Rece said that Teodor Melescanu has been discussing about the presidential candidacy for about three months, when he was still head of the SIE.

He turned to our services two months ago. I was invited by him to his home and he asked me to help him because he wants to join the fight for Cotroceni. Let us have a discussion and help him; he learned that I was in charge of two election campaigns and I emerged victorious. The signatures were gathered, we have 150.000 signatures with the National Alternative, he put a lady lawyer who made some mistakes while registering. The lawyer made a material mistake and we were scolded during the registration both by BEC and the CCR (Romania’s Constitutional Court). Melescanu was nervous about what we’re going to do. He accepted the idea of an independent candidacy backed by my party. We had to collect other lists that were given to a child. Last night I went to his place and I was told that we are a left-extremist party. I was stunned. What do you mean us, extremists?  The liberals have made an offer, he said. Last night, two hours before we went on air he told me this. To deny yourself last night, it’s pathetic. Such a man can’t throw us in the garbage bin. 200.000 euros I spent from my own pocket until now for Melescanu’s campaign. I took dividends and instead of buying a new car, I invested in this idea: Teodor Melescanu. We’ve been talking for about three months about his presidential candidacy