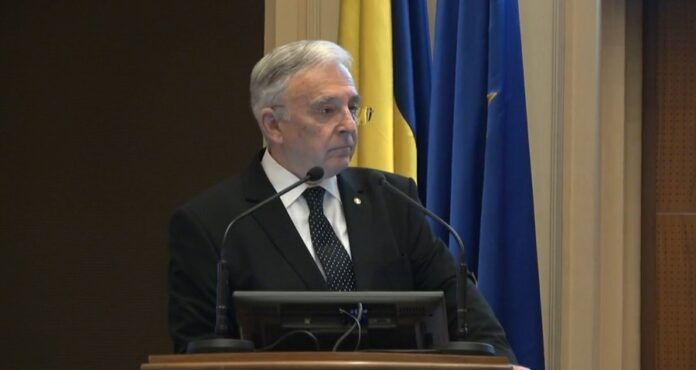 Romania’s central bank on Monday lifted its annual inflation target considerably higher for this year and Governor Mugur Isarescu said a tightening cycle has already started even though policymakers have yet to raise interest rates, according to Reuters.

Rate-setters now expect inflation to reach 5.6% in December, compared with a previous forecast of 4.1% and the bank’s 1.5%-3.5% target, fed primarily by higher energy prices the central bank cannot influence.

July data due to be published on August 11 will reveal a figure around or above 5.0%, Isarescu said. However, the bank expects inflation to fall to 3.4% by the end of next year, up from a previous forecast of 3.0%.

“The forecast isn’t exactly pretty, but after this peak (July data) we see rather an easing of price rises,” Isarescu told a press conference to present the bank’s quarterly inflation report. “We are not alone and we cannot uncouple from the world … the forecast is reasonable by comparison.”

“About half of inflation stems from energy prices. You cannot battle a rise in the electricity price by hiking the monetary policy rate,” added Governor.

Isarescu said the central bank, which kept its benchmark interest rate at 1.25% at a meeting on Friday, has already started a tightening cycle by sterilizing liquidity from the money market and no longer purchasing treasuries.

Asked whether he ruled out a rate hike before the end of this year, Isarescu said it had been discussed, but declined to indicate a timeline.

“Before any rate hikes, the clear message is that the rate-cutting cycle has ended. We are dependent on what is happening in the world,” stated Isarescu.

Analysts have said the bank’s tight control over market liquidity is a means to tighten policy without further upsetting a rising current account deficit.

The Romanian leu was flat against the euro on Monday. Isarescu said the bank cannot rely on the exchange rate in its monetary policy mix too much, as it is seen as a stabilizing element by society.