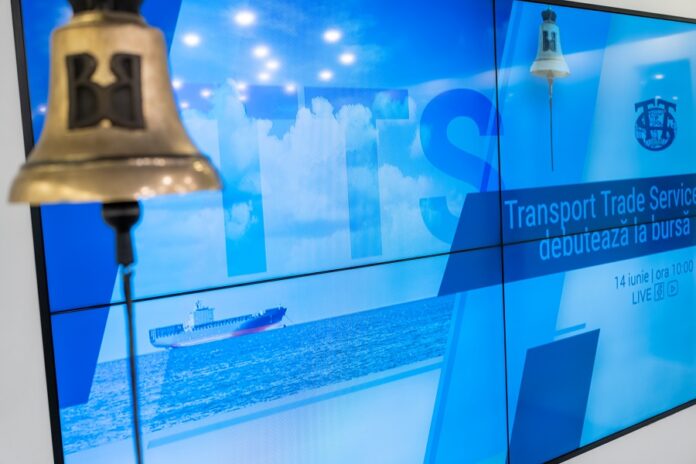 Romanian freight forwarder, Transport Trade Services (TTS) went public on the Bucharest Stock Exchange (BVB) on Monday under the TTS ticker. The Listed company followed an initial public offering (IOP) through which TTS sold 50% of the shares for RON 288 million (€58.5 million), according to a press release.

“The listing of the largest Romanian carrier on the Danube proves, that offers with a significant dimension can be carried out on Bucharest Stock Exchange and that investors are willing to place their money in companies with a promising future,” said BVB President, Radu Hanga.

“The experience of the public offer and the direct communication with the investors was beneficial for the company. (…) We are entering a new stage in the TTS journey, with responsibility towards all those who have chosen to invest in our plans,” said TTS CEO, Petru Stefanut.

The company carried out an initial public offering from May 24 to June 4, through which its 14 shareholders sold proportionally 50% of the company’s share capital. All the shares were sold at 19.2 lei per share, which brought the value of the public offer to RON 288 million (€58.5 million).

Swiss Capital, as Stabilization Manager, will be able to apply a price stabilization mechanism up to a limit of 1.01 million shares purchased in this program, for a period of 30 days from the TTS listing.

TTS president Alexandru Mircea Mihailescu remains the most important shareholder of the company, with a participation of 25.26%, according to the press release.