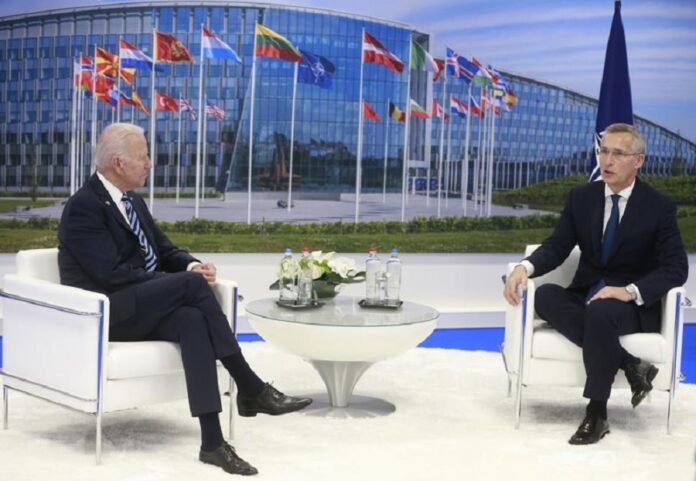 President Joe Biden made his entrance at the NATO summit on Monday, aiming to consult European allies on efforts to counter provocative actions by China and Russia while highlighting the U.S. commitment to the 30-country alliance, according to AP News.

Biden tries to rally allies for greater coordination in checking China and Russia, two adversaries whose actions on economic and national security fronts have become the chief foreign policy concerns in the early going of the Biden presidency.

Biden shortly after arriving at the alliance’s headquarters sat down with NATO Secretary-General Jens Stoltenberg and underscored the U.S. commitment to Article 5 of the alliance charter, which spells out that an attack on one member is an attack on all and is to be met with a collective response.

“Article 5, we take as a sacred obligation. I want NATO to know America is there, said Biden.”

The White House said that the communique to be signed by alliance members at the end of the NATO summit is expected to include language about updating Article 5 to include major cyber attacks — a matter of growing concern amid a series of hacks targeting the U.S. government and businesses around the globe by Russia-based hackers.

The update will spell out that if an alliance member needs technical or intelligence support in response to a cyber attack, it would be able to invoke the mutual defence provision to receive assistance, according to White House national security adviser Jake Sullivan.

The President started his day meeting with leaders of the Baltic states on NATO’s eastern flank regarding the “threat posed by Russia,” China and the recent air piracy in Belarus, according to Sullivan. He’ll also meet with Turkish President Recep Tayyip Erdogan.

Biden’s itinerary in Europe has been shaped so that he would first gather with Group of Seven leaders for a three-day summit on the craggy shores of Cornwall and then with NATO allies in Brussels before his much-anticipated meeting with Russian President Vladimir Putin in Geneva on Wednesday.

At the G7, leaders sought to convey that the club of wealthy democracies — Canada, France, Germany, Italy, Japan, the United Kingdom and the United States, is a better friend to poorer nations than authoritarian rivals such as China and Russia.