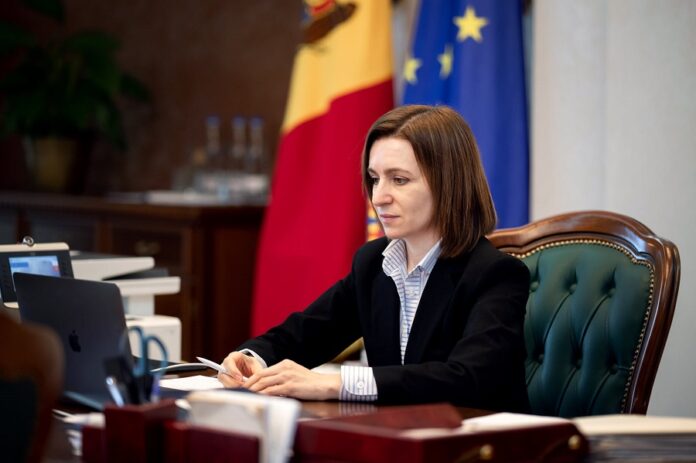 President Maia Sandu said that the Republic of Moldova wants its relations with Russia to be based on pragmatism and will work to prevent a destabilization of the situation with regard to the frozen conflict between Chisinau and its Moscow-backed breakaway region, Transdniester, according to RFE/RL.

Sandu, who defeated Russia-backed incumbent Igor Dodon in November on a ticket of closer relations with the West, called for the withdrawal of Russian troops from Transdniester in an interview with RFE/RL on the 30th anniversary of the Republic of Moldova’s independence from the Soviet Union, August 23.

“We want a pragmatic relationship with the Russian Federation. First of all, we want peace, we are in a complicated region, we have a frozen conflict on our territory. For me, the most important goal is not to allow a destabilization of the situation, and I will negotiate with whomever necessary to reach this goal,” said Sandu.

Some 1,400 Russian troops are still stationed in Transdniester, which declared independence from the Republic of Moldova in 1990, ostensibly to protect Soviet-era arms depots.

The Republic of Moldova and Transdniester fought a short war in 1992 over fears that the newly independent Republic of Moldova would seek reunification with neighbouring Romania. The conflict ended with a cease-fire agreement after Russian troops in the region intervened on the side of the separatists.

Several rounds of negotiations under the auspices of the Organization for Security and Cooperation in Europe (OSCE) failed to bring the conflict to a resolution despite the involvement of the United States and the European Union in the mediation process.

In November, Sandu, a Harvard-educated former World Bank economist, called for Russian troops in Transdniester to be removed in favour of civilian monitors under the auspices of the OSCE, but the Kremlin quickly rebuffed the idea saying it could lead to a “serious destabilization” of the situation.

“Our goal is to preserve our country’s territorial integrity, to preserve peace on our land and in the region; our goal is to resolve the conflict with Transdniester and have Russian troops leave the territory of the Republic of Moldova,” Sandu told RFE/RL.

Transdniester’s independence is recognized by no country, but Moscow has been unofficially backing the separatist regime.

Sandu explained that it was in the Republic of Moldova’s interest to see the Russian troops leave, but also noted the importance of better economic relations with Moscow and the unhindered flow of Russian gas to the country during winter.

The Republic of Moldova is heavily dependent on the import of Russian gas, which Moscow has used as leverage in relations with Chisinau.

“Our goal is to solve the Transdniester conflict, to see the Russian troops leave The Republic of Moldova’s territory, to get rid of the munitions stored there and to improve our bilateral economic relations,” stated Sandu.

“We’re seeking to reach an agreement to facilitate our exports to Russia, and an agreement on the gas exports issue, because we do need natural gas. We’re trying to build alternatives, but they won’t be ready overnight,” added Sandu.