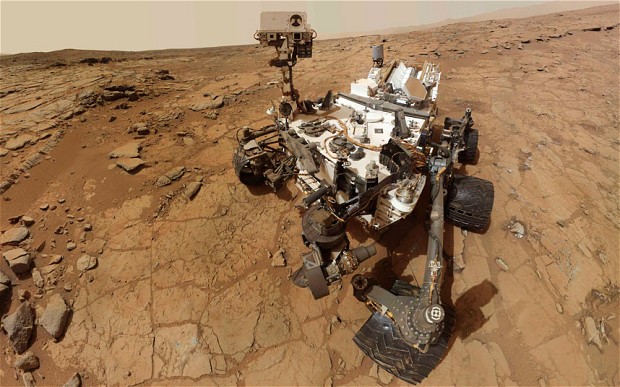 NASA’s Opportunity Mars Rover finished a 42km long journey on Mars in 11 years. It is the first marathon ever to be completed by a human-made object on another planet.

The trip started in 2004, when Opportunity landed in Mars’ Eagle Crater, finding signs that led scientists to believe that The Red Planet used to have acidic water on its surface. The Rover continued towards Endurance Crater, where more signs of past water were discovered.

When it reached the Victoria Crater, evidence began to show that Mars’ water was too salty for it to be able to habit any life-forms in the ancient past, but on its way to Endeavor Crater (the marathon’s finish line), signs of past water that was good enough for life, as well as some clay samples pointing towards the same idea, were discovered.

NASA’s Exploration Project includes the Curiosity Mars Rover and three active NASA Mars orbiters. Their mission is to understand Mars both in the present and in the past, including climate cycles, biological potential, geology, environment and everything that makes it a dynamic system.

This is happening while preparations are being made for the Mars-One Mission, the first ever attempt to establish a permanent human settlement on Mars. The mission is set to start in 2026. The crew that gets selected and sent to Mars will not be able to ever return to Earth.