New executions of the Islamic State group in Iraq 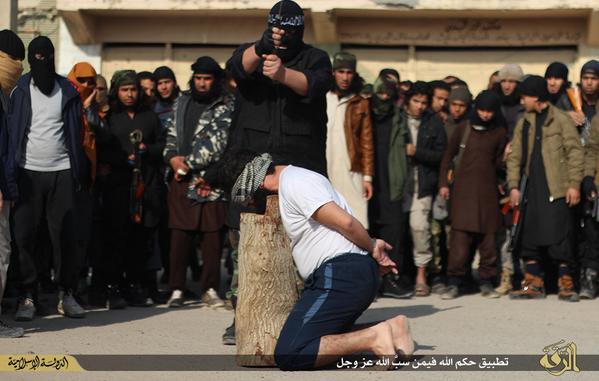 The Islamic State (IS) Jihadist group has publicly decapitated in Iraq two men accused of homosexuality and one accused of blasphemy, according to a series of photographs that were broadcasted on Tuesday on social networks, according to AFP.

In the photos, the three men are blindfolded and are kneeling in front of a masked executioner, dressed in black, who is raising a long sword in the air, under the gazes of a crowd in an unidentified city in the province of Nineveh (north).

Unlike most propaganda messages of the jihadist group, these photographs do not show the lifeless bodies of the men after the execution. The reasons for their execution are explained in the text below the photos.