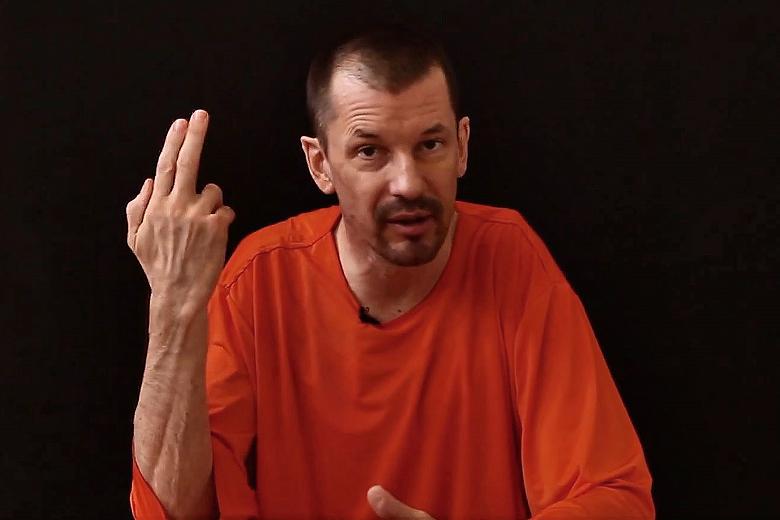 Cantlie was kidnapped in November 2012, along with American journalist James Foley, who was beheaded in August

British journalist John Cantlie, captured in November 2012, has appeared in a new video broadcasted by the Islamic State (IS) as part of their propaganda, in which a jihadist is asking Muslims to commit further attacks in France, according to The Independent and The Guardian publications.

John Cantlie (43), who appeared in other videos broadcasted by the jihadists, called the story “the last of these series”.

In the recording, Cantlie is wearing black pants and a brown jacket, and the film is named “From Inside Halab”, a reference to the old name of the Syrian city of Aleppo. The video shows parts of Aleppo, stating that the destruction is caused not only by President Bashar Al-Assad’s regime, but also by the raids of the United States-led coalition, CNN reports.

The British journalist is shown interviewing an IS member regarding the attack at the headquarters of the French satirical magazine “Charlie Hebdo”, the hostage taking in the Jewish store in eastern Paris and the attack on the police officer in the French capital, acts committed from the 7th to the 9th of January, resulting in 20 deaths, including three jihadist attackers (the Kouachi brothers, Cherif and Said, and Amedy Coulibaly).

He addresses Muslims in France, asking them to commit other attacks like the ones in January.

Cantlie describes “the remarkable advance and amplitude” of the Islamic State group, and he later appears standing in an Islamic Court, where he compares the “remarkably simple” laws of radical Islam with “the laws of the democratic countries, which are changing to fit every new circumstance or every week”.

Cantlie was kidnapped in November 2012 along with American journalist James Foley, who was beheaded in August.