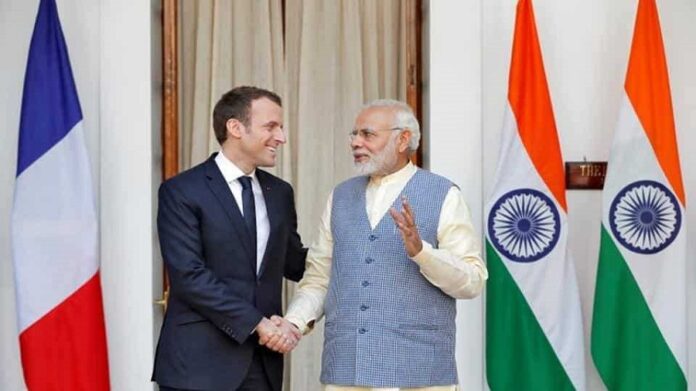 France announced on Tuesday a solidarity mission for India under which it will send oxygen generation plants, ventilators and other medical supplies by air and sea to support the country in its fight against the COVID-19 pandemic, according to financialexpress.com.

The French Ministry for Europe and Foreign Affairs said it is carrying out an “exceptional solidarity mission” to assist the Indian people following a call for support by French President Emmanuel Macron.

“France and India have always stood by each other’s side in difficult times. This solidarity is at the core of our strategic partnership and the friendship between the Indian and the French peoples,” said the French Ministry for Europe and Foreign Affairs.

The US, Germany, Britain, Australia, Singapore, Israel and several other countries as well as the World Health Organisation and the European Union have already announced urgent medical assistance to India to help it deal with the situation.

“The massive solidarity mission is being supported by the European Union and French companies present in India,” said the French ambassador to India, Emmanuel Lenain.

The French Foreign Ministry said that the medical supplies will include eight oxygen generators, each capable of uninterrupted supply of oxygen for a 250-bed hospital for nearly 10 years and the oxygen output can fulfil the needs of 15 critically ill COVID-19 patients in an ICU.