Viktor Jr., aged 33, was living in exile in Russia

Friday, Viktor Yanukovich’s youngest son has reportedly drowned in Lake Baikal, after his vehicle tragically fell through the ice, during a sports event. Five other persons were inside the car, but they managed to survive.

The Russian Ministry of Emergencies stated that Ianukovich’s name did not show up in the report. This is believed to have happened due to the fact that the Ianukovich family is using a different name in Russia. 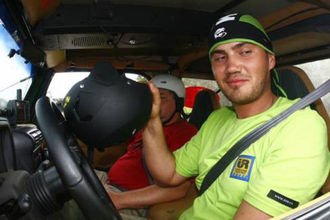 The tragedy took place on the 20th of March, in the northern part of the lake. The six wanted to take some photos of it and drove on the ice, not taking into account the warning information signs that were posted.

The bus fell into a crack near Cape Khoboi, where the lake is approximately 20m deep.