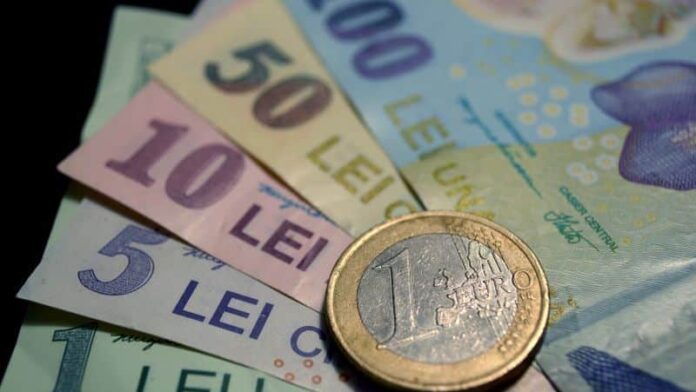 EUR still below RON 5 until the end of the year

According to the latest Bloomberg poll, quoted by Profit.ro, the estimate of the single European currency, the euro, would remain in Bucharest below the RON 5 threshold until the end of this year.

The psychological threshold of RON 5 will probably be surpassed in the first part of 2022.

However, the Romanian publication notes that some of the analysts’ estimates were cast last week – before the political crisis erupted – thus implying that the crisis may change analysts’ expectations in the meantime.

The ministers of the junior ruling party USR-PLUS resigned on Tuesday.

On the other hand, the National bank of Romania (BNR) usually intervenes – part of the local currency’s controlled floating regime – to limit the strong fluctuations caused by momentary volatility.

The RON seems to be losing ground a bit more alert in recent days.

The Romanian currency accelerated its depreciation trend in the last week amid internal political tensions and decoupled from regional developments.

Romanian’s currency is the only one in Central and Eastern Europe that has fallen against the euro since the beginning of this year.
Compared to January 2020, the euro increased against the leu by about 3.5%, while it depreciated against the zloty by 6%, and against the forint by 5%. Against the Czech koruna, it was stable.
Share
Facebook
WhatsApp
Telegram
Print
Email
Articolul precedent
Romanian legislators set up committee to investigate excessive energy prices
Articolul următor
Prefecții și subprefecții demiși de Florin Cîțu: ”Depunerea moțiunii de cenzură o susținem pe deplin”