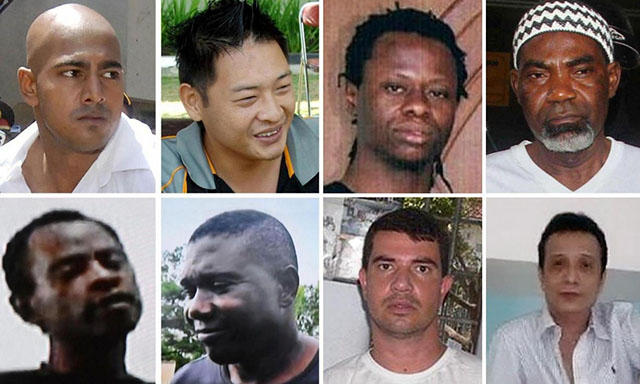 Mary Jane Veloso, the only one who escaped the execution for now, was removed from the prison just one hour before the events. She won a reprieve due to the fact that a new suspect arose in her case.

A Brazilian, four Nigerians, two Australians and an Indonesian were shot dead for drug related offenses. The Brazilian, Rodrigo Gularte, had been previously diagnosed with schizophrenia and bipolar disorder. He was unaware that he was going to be executed until he was handcuffed to the pole.

Priest Charlie Burrows tried to explain the situation to him for three days straight, but he could not understand. When he got chained, Rodrigo asked “Am I being executed?”, to which the priest responded “Yes”. When he realized what was happening in fact, Rodrigo simply stated “This is not right, I made one small mistake, and I shouldn’t have to die for it.”

The prisoners could not have known that Mary’s execution had been postponed until they were outside, in front of the firing squad.

Australians Myuran Sukumaran and Andrew Chan, the ringleaders of the Bali Nine drug smuggling organization, were among the eight people executed.

The eight bodies were placed in white caskets. Four, according to their last requests, are to be sent to their native countries for burial.