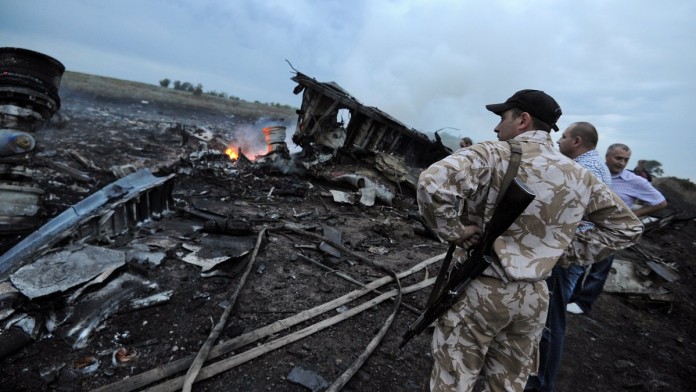 Donetsk authorities have only found 196 of the 298 bodies

Some witnesses say that dozens of bodies have been stolen

The local department of the Ministry for Emergency Situations from Donetsk has announced that 196 bodies have been found at the crash-site of the Malaysian airplane, say Reuters and DPA.

A press release stated the fact that until 7 a.m. on July the 20th, in the Sahtarski region, where the Boeing 777 crashed, 196 bodies have been found. The press release also said that there are divers involved in the search-parties, since there is a reservoir in the area.

The railway workers quoted by Reuters say that some of the bodies from the crash in East Ukraine have been loaded on Sunday in refrigerated wagons, in a railway station in Torez. An eyewitness told Reuters that he had seen five of these railcars, one of which seemed to have the cooling system turned on. The railroad cars would be sent towards Ilovaisk, a city situated in the east, near the Russian border.

DPA reports that the Ukrainian government and the pro-Russian separatists of Moscow have come to an agreement on recovering the bodies, on Sunday. Vladimir Groisman, the Ukrainian deputy prime minister, has confirmed that the remains of the victims will be held in refrigerated wagons. They will be transported to a laboratory in Harkov, far from rebel territory, over 250km north of the crash-site. He stated that there are about 900 insurgents at the crash-site of flight MH77.

The Ukrainian Emergency Services announced that they have recovered 196 of the 298 bodies, but a spokesman stated that the search operations are affected by the presence of armed separatists. Authorities have also declared that there are approximately 380 workers on sight, some of which are divers that are searching a nearby lake. The search has been extended from 25 to 34 square kilometres, noted DPA. The Ministry of Internal Affairs announced that hundreds of hotel rooms have been booked in Harkov for the victims’ relatives and that there are psychologists and translators on sight.