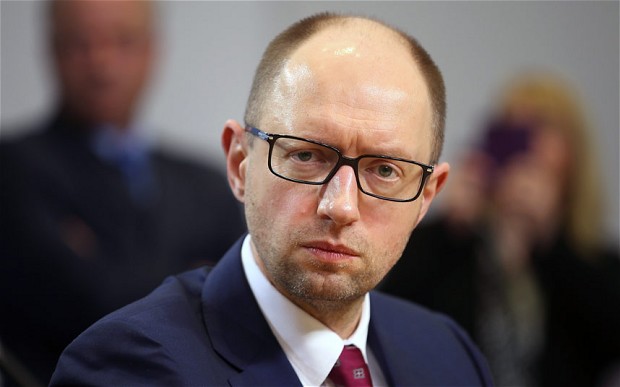 CATASTROPHE in Ukraine: Kiev is willing to give control over the investigation to the Occident

This is the ukrainian prime-minister’s statement

On Monday, the prime-minister of Ukraine, Arseniy Yatsenyuk, stated in a press conference that he has no doubts that the Malaysian airliner was shot down with a rocket belonging to a BUK-M1 anti-aircraft system, which was used by “professionals”.

During a press conference on Monday, Arseniy Yatsenyuk, the Ukrainian prime-minister, stated that Kiev is willing to give its Occidental partners, especially Netherlands, “the country that has suffered the most of all”, control over the investigation on the Malaysian Airlines’ plane crash and to ensure the transportation of the bodies of the victims to Amsterdam.

Arseniy also said that he had no doubts about the fact that the airliner was shot down using and anti-aircraft rocket belonging to a BUK-M1 system, used by “professionals”.

„At this point we have no doubts that the plane was shot down from the ground, following a rocket attack, most probably a BUK-M1 rocket (SA-11 radar-guided missile system). It’s clear that this system couldn’t have been used by some drunk pro-Russian rebels. They were professionals”, stated the Ukrainian prime-minister, quoted by Reuters. The statement was made in a context were Kiev clearly assigns a role to Moscow for the Malaysian plane crash.

The Russian president, Vladimir Putin, should understand that “enough is enough”, said Arseniy Yatsenyuk, criticizing the Russian leader for allowing gun-shipment to the rebels that are opposing the Ukrainian army.

I don’t expect nothing from the Russian government. Russia provided weapons, sent fighters. Putin should understand that it’s enough already. This isn’t a conflict between Russia and Ukraine anymore. It’s an international incident

The Ukrainian prime-minister added that the bodies of 272 victims were recovered, out of which 251 are in refrigerated rooms, in Torez. “We are ready to send the bodies to Amsterdam for the autopsies or any other independent expertise that seems necessary.” concluded Yatsenyuk.

A Boeing-777, belonging to Malaysian Airlines, with 298 people on board, crashed on Thursday in East Ukraine, being shot down with an anti-aircraft missile by the pro-Russian rebels, shows Interfax-Ukraine.