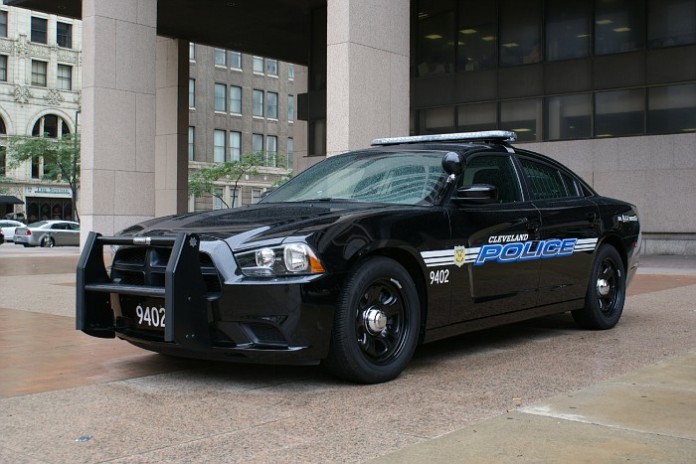 The officer who took the shot was inexperienced. Timothy Loehman, 26, joined the police force in early March.

The police officer who killed a 12 year old boy, that was playing with an air gun on Saturday in Ohio, opened fire a few seconds after arriving on scene, reveals a video released on Wednesday by the police, according to AFP.

The 8 minute soundless recording from a surveillance camera shows the boy, Tamir Rice, pointing the gun at a passerby, spinning it on his finger like in the movies and putting it on his waist while walking on a sidewalk near a snow-covered park.

The boy can be then seen talking on the phone, making a snowball and then sheltering in a gazebo in the park.

During this time, a witness called the police: “There’s a kid with a gun”, according to the audio recording of this call also revealed by the police. “It’s probably a fake gun, but he’s pointing it at passersby” added this person, highlighting that he was only just a young boy.

Unfortunately, the operator does not indicate these elements to the agents from the patrol sent to the site.

Shortly thereafter, it can be seen on the video how the police car arrives in a hurry and stops directly on the lawn of the park. The boy goes to the car, without a weapon in his hand. He does not raise his hands and it seems like he wants to take something from his waist, when he is shot by one of the policemen.

The policeman who shot was inexperienced. Timothy Loehman, 26, joined the police force in early March. His colleague who was driving the car, Frank Garmback, 46, was in service since 2008, according to Deputy Police Commander Edward Tomba.

„The agents asked him three times to raise his hands” explained Tomba during a press conference, adding that the video was made public at the request of the boy’s family and „it is not meant to exculpate” the agents involved.

The police stated on Monday that the agents could not see that the boy’s gun was fake.

The two officers involved were questioned and suspended from duty.

The death of Tamir Rice, the African-American shot by a Caucasian police officer, intervened in the context where the city of Ferguson (Missouri, central USA) is the scene of a series of violent protests caused by the decision of a grand jury to not prosecute a Caucasian officer who shot a young African-American boy in early August.