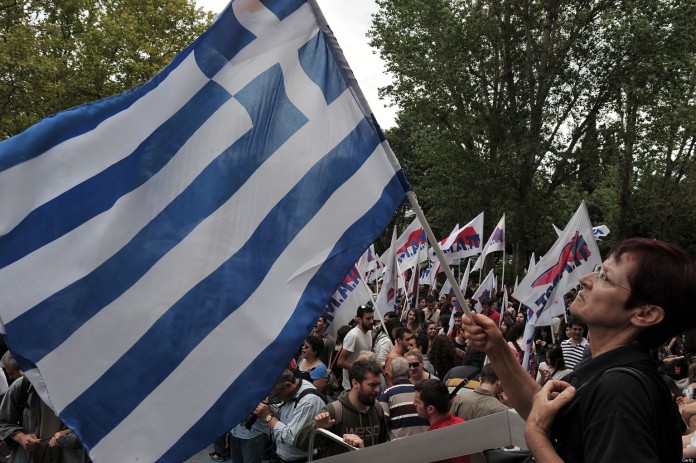 Protesters denounce „the government measures that are maintaining the social Middle Ages, unemployment nightmare and the policies which are transforming the working class into the adjustment variable for the crisis and deficits”

Greece will be paralyzed on Thursday by the second 24hour general strike of this year against austerity policies, according to AFP.

The protest movement will affect schools, hospitals, banks and large state companies while a series of unions in the distribution and hotel sectors have called their members to join the strike. Air traffic controllers will also be on strike, which means the cancellation of all flights with Athens as departure or destination, while all ships will remain in the key as a result of the dockers’ strike.

Public transport in Athens will function for only a few hours in the morning to allow the transport of protesters to the rally scheduled to take place around noon.

The GSEE union confederation, representing the private sector, and Adedy, in the public sector, are denouncing “the government measures that are maintaining the social Middle Ages, unemployment nightmare and the policies which are transforming the working class into the adjustment variable for the crisis and deficits”.

The Greek economy returned to growth in the third trimester of this year, advance which would accelerate in 2015, but after crossing six years of recession, the Greek GDP was amputated by approximately 25%. The International Labour Organization estimated that during the crisis, Greece lost a quarter of the total workplaces, and the unemployment rate was at 25.9% in August.

In these circumstances, the Athens Parliament will vote next week on a draft budget for 2015 which provides the proceeding of the expenditure reducing measures, especially in the health and education domains. Furthermore, the Athens authorities are under pressure from international creditors (EU-ECB-IMF) which are currently carrying out an analysis of the Greek economy before the country will leave the assistance program agreed upon in 2010.