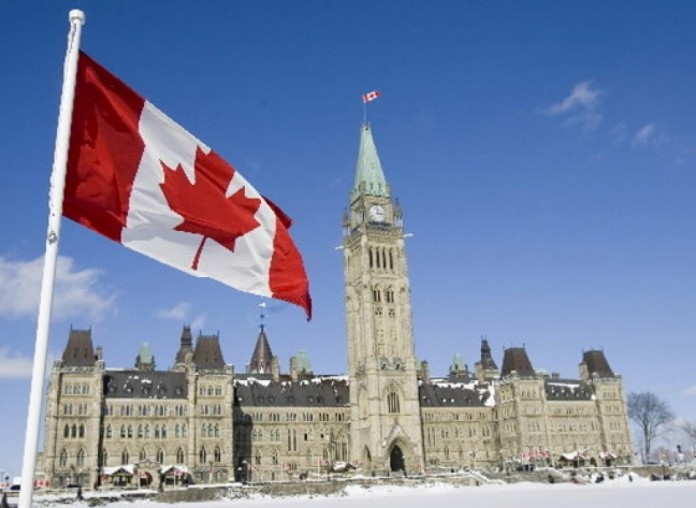 Canada on alert after the broadcast of a jihadist video

In the video, Canadian Muslims are urged to come and join the jihad

On Sunday, the Canadian Government has reaffirmed their determination to fight against „the scourge of terrorism” in Iraq, a few hours after an appeal from a Canadian jihadist to commit isolated attacks on Canada’s territory or for the Muslims to join the jihad, AFP transmitted.

„Terrorism is a real and serious threat to Canadians and we must remain vigilant”, declared the Minister of Public Security, Steven Blaney, who added that this is how the participation of the Canadian armed forces to „the coalition which is currently conducting air strikes” against the Islamic State (IS) organization is justified.

The American Center for monitoring Islamist websites (SITE) released a video on Sunday in which a Canadian citizen urges people to commit reprisal operations for the air strikes of the Canadian Government.

The CBC Canadian TV channel reported on Sunday evening that John Maguire, who has taken the name “Abu Anwar al-Canada”, joined the IS fighters in Syria in January, 2013.

He is part of the 145 listed Canadians who have left for the Middle East in order to join the ranks of the jihadists or who have tried to leave before their passport was confiscated by the Ottawa authorities.

Martin Couture-Rouleau, who, on October the 20th, intentionally hit a Canadian soldier with his car in a parking lot in Saint-Jean sur Richelieu (Quebec), tried to leave for the Middle East. He was also part of this list and his passport was withdrawn in July.

In the video, John Maguire urges Canadian Muslims to go and join the jihad or to commit isolated actions in Canada and „follow brother Ahmad Couture’s example”.

Converted to Islam one year ago, Martin Couture-Rouleau took the name “Ahmad” and was spreading jihadist theories, both among acquaintances and on the Internet. Moreover, a few minutes after his gesture, he called the police to claim the criminal action before being shot by the security forces.