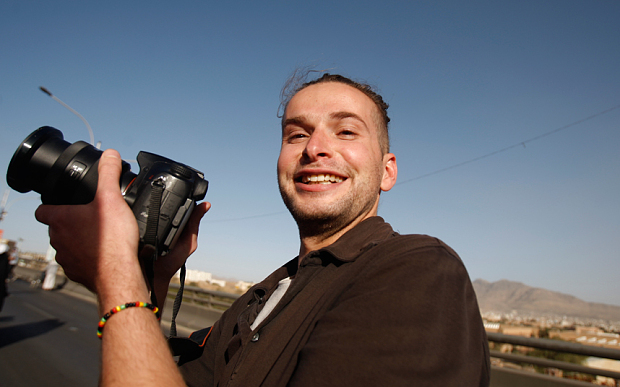 The rescue operation of Somers has failed

The jihadists have also killed Professor Pierre Korkie, South-African citizen, who was in captivity since 2013. US President Barrack Obama has characterized Al-Qaeda’s action as a „barbaric” act.

American journalist Luke Somers, who was being held hostage by Al-Qaeda in Yemen, was killed on Saturday during a US-Yemeni military operation which had the purpose of liberating him, according to BBC. Somers was shot by his kidnappers. A US drone hit the area with missiles and caused the death of 9 Al-Qaeda militants.

Lucy Somers, the journalist’s sister, stated for Associated Press that she has been informed by the FBI on Luke’s death.

Somers was born in Britain, was kidnapped in Yemen in 2013 and recently appeared in a video made by the jihadists, in which he is asking for help.

Al-Qaeda in the Arabian Peninsula (AQAP) is considered one of the most extremist and effective branches of the Al-Qaeda organization.