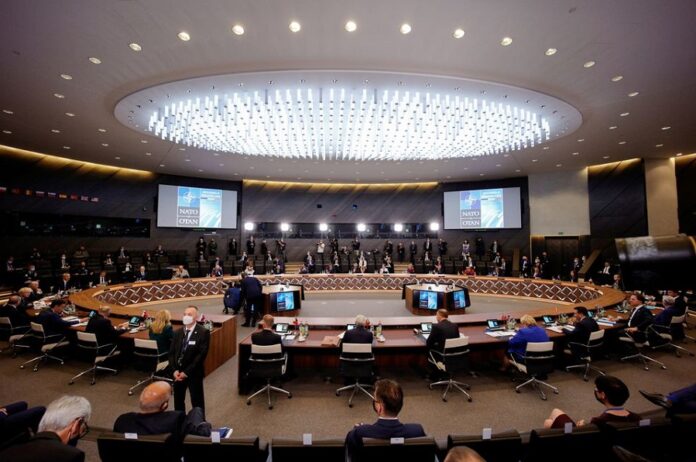 After NATO, Biden turns to EU for renewal of transatlantic ties

U.S. President Joe Biden will intensify his push to renew relations with Europe on Tuesday after a summit at NATO, meeting with European Union leaders to seek a truce in trade wars and a 17-year-long aircraft subsidy dispute, according to Reuters.

Seen as another opportunity to re-set ties after four tense years with Biden’s predecessor Donald Trump, who imposed tariffs on the EU and promoted Britain’s departure from the bloc, the meeting aims to pause the world’s largest corporate trade dispute between U.S. planemaker Boeing and Europe’s Airbus.

Biden told NATO leaders “America is back” at a news conference in Brussels late on Monday. He is seeking European support to defend Western liberal democracies in the face of a more assertive Russia and China‘s military and economic rise.

“We’re facing a once in a century global health crisis at the same time the demographic values that undergird (us) are under increasing pressure,” said Biden, referring to COVID-19.

“Russia and China are both seeking to drive a wedge in our transatlantic solidarity,” added Biden.

According to an EU-U.S. draft final summit statement seen by Reuters, Washington and Brussels will commit to ending the dispute over aircraft subsidies and another row over punitive tariffs related to steel and aluminium.

U.S. Trade Representative Katherine Tai discussed the aircraft dispute in her first face-to-face meeting with EU counterpart Valdis Dombrovskis on Monday ahead of Tuesday’s U.S.-EU summit. The pair are due to speak on Tuesday afternoon.

Diplomates stated that freezing the conflict over jet subsidies, some of which have been rescinded or wound down, would give both sides more time to focus on broader agendas such as concerns over China’s state-driven economic model.

The EU-U.S. summit starts at around midday Central European Time. Biden is also due to meet the Belgian king, prime minister and the country’s foreign minister and on Wednesday, he meets Russian President Vladimir Putin in Geneva.