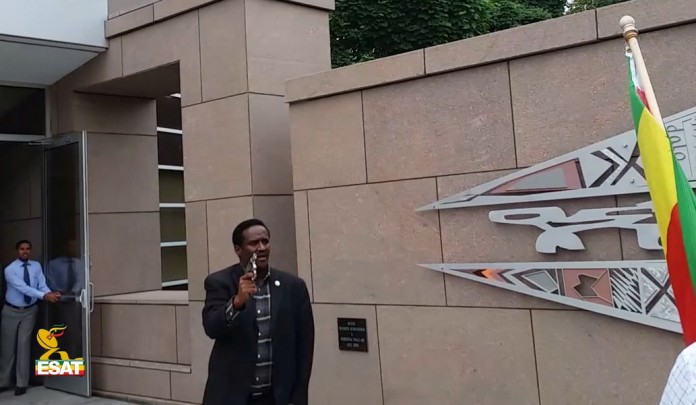 Washington: A man opened fire near the Ethiopian Embassy

On Monday, American intelligence agents arrested a man who opened fire near the Ethiopian embassy in Washington, without causing any injuries, announced the American press, quoted by AFP.

Screams and explosions were heard at the scene, according to the source.

Images broadcasted by the Ethiopian Satellite Television, ESAT, showed a man walking and waving a gun in front of the entrance of the diplomatic building.

The spokesman for the State Department, Jen Psaki, has confirmed that a man was arrested and that a demonstration was being held near the Ethiopian Embassy during the incident. “Any incident that involves the use of a firearm is treated with all seriousness” by the department, she added.