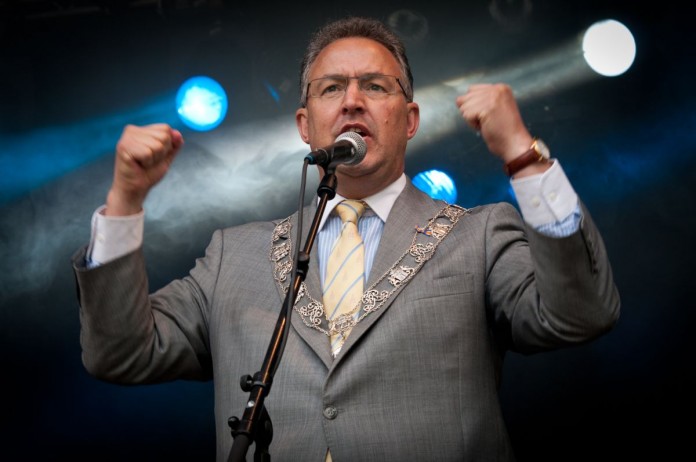 The mayor of Rotterdam, Ahmed Aboutaleb, a Muslim of Moroccan origin, urged the Muslims who are turning away from freedom to „pack their bags” and leave the Netherlands. It is not the first time when the mayor makes extremely harsh statements against Muslims in the Netherlands.

On Tuesday, the mayor made tough statements at a public television in the Netherlands during the Nieuwsuur show.

It is incomprehensible to turn your back against freedom … But if you don’t like freedom, then for God’s sake, pack your bags and go!

„There must be a place in the world where you can be yourself, where you can be honest to yourself and where you can go and not kill innocent journalists. It is stupid, incomprehensible. Leave the Netherlands if you cannot find your place here. All those well-intended Muslims will now be targeted” he added.

Over half the population of Rotterdam is made up of ethnic minorities or non-native residents. Aboutaleb was born in Morocco and became the mayor of this town in 2008.

This is not the first time when the mayor makes controversial statements about Dutch Muslims. In 2004, he declared that if they deny Dutch values, they should take “the first plane and leave”.

Aboutaleb is not the only Dutch politician who expressed himself against Muslims who are perceived as being against Dutch values. The leader of the Freedom Party (PVV), Geert Wilders, was placed under police protection in 2004 for his statements about Islam.