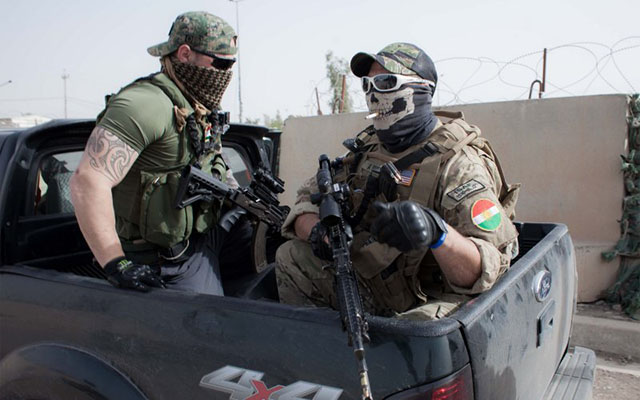 The Kurdish militia is recruiting ex-U.S. soldiers to fight against ISIS

An online application has appeared, allowing former U.S. soldiers to sign up for the Peshmerga, to fight against ISIS.

The website is part of the Kurdish Peshmerga Foreign Registration Assessment Management and Extraction program, or F.R.A.M.E. for short. It also lets the Peshmerga perform background checks on applicants to make sure they’re not part of ISIS.

Two marines declared that they had problems at the airports because of all the gear that they were carrying, but one of them stated that he flashed an old ID, lied that he was on orders, and got away with it.

There are about 14 Americans known to be currently fighting against the Islamic State from day to day.

The Peshmerga guarantees the safe transport to the barracks, at least a week to get rid of the jet lag, training, a weapon and ammunition, and emergency contacts for the family back at home.