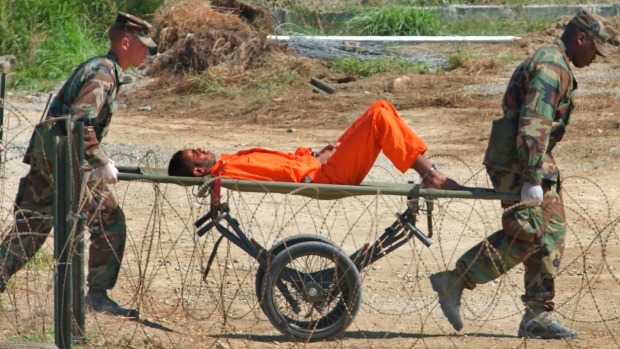 The Guantanamo Bay Detention Camp was opened in 2002 in Cuba. It belongs to the United States of America and it has been used to detain, interrogate, and prosecute prisoners deemed extraordinarily dangerous, such as terrorists. Prisoners of war captured in Iraq, Afghanistan, South Asia and in the Horn of Africa were often sent to Guantanamo.

In 2002, the Bush administration decided that Guantanamo detainees are outside the protection of the Geneva Convention, because they were not, technically, on U.S. soil.

Both former and current detainees have reported acts of torture, but the accusations were denied by the Bush administration. Amnesty International called the camp the “Gulag of our times” and Susan Crawford was the first Bush administration official to admit that torture was in fact practiced at said detention center.

In 2009, President Barack Obama requested a 120-day suspension of all activities in Guantanamo Bay and a transfer of all the prisoners there on U.S. grounds. The request was contested and the results were as follows. Out of the 240 detainees in 2010: 30 from Yemen were in “conditional detention”, 36 were still under investigation, 48 were deemed “too dangerous for transfer” and 126 were transferred to the Thomson Correctional Center, in Illinois.

One of President Obama’s campaign promises was to shut down the Guantanamo Bay Detention Camp once and for all. Now, with 18 months left in office, it seems like it just might happen. A number of Guantanamo prisoners were transferred during these past few months and others are scheduled for a transfer in the near future.

The Obama administration is close to completing a plan that will close it for good. Once it is finished, it will be sent to Congress and a final decision will be taken.