Switzerland could fall into recession 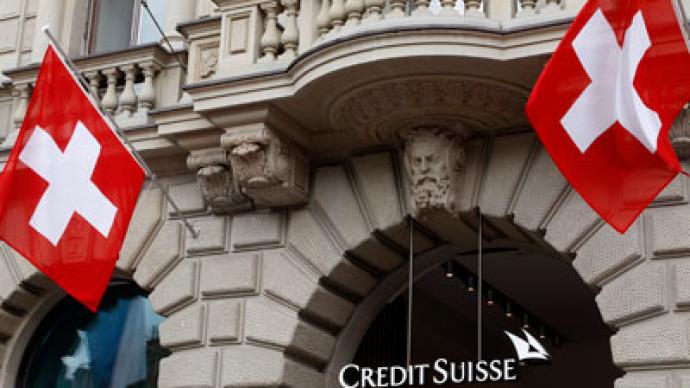 Swiss economy could record one or two quarters of contraction, in the context of the appreciation of the Swiss Franc against the Euro and the Dollar, after the central bank’s decision to abolish the minimum threshold of 1.2 Francs/Euro, declared the President of the Swiss Bank, Thomas Jordan.

„Economic growth will surely be smaller than estimated in December and it is possible that we will have one or two quarters of economic decline” said Jordan, according to the Wall Street Journal.

He stated that the Swiss Central Bank officials are aware that the decision to leave open the Franc/Euro exchange has caused economic difficulties to national companies as well, but it is too early to correctly assess the negative effects of this measure.

Jordan said that it is up to the Swiss companies on how they will adapt to the new market conditions and if they make adjustments in regard to the number of hours worked and the compensation for them.

The head of the Central Bank believes that the Franc is “clearly overvalued” at the current rate, of about 1.05 Francs/Euro and stated that the Swiss Bank will monitor the progress of the currency market.

In mid-January, the Swiss Bank decided to abolish the minimum threshold of 1.2 Francs/Euro, measure adopted in September 2011. Immediately, the Franc appreciated by 38% against the Dollar and 41% against the Euro, which made hedge funds and brokerage companies worldwide record massive losses.

The Central Bank had no other option but to abandon the previous monetary policy, as “international context has changed”, said Jordan, who gave as example the European Central Bank’s (ECB) program, through which the institution will begin to print money in order to buy Government bonds issued by Eurozone countries.

ECB’s measure “would have put economic pressure on the Franc” and would have forced the Swiss Bank to buy currency worth approximately 100 billion Francs (108 billion Dollars) per month to maintain the minimum Franc/Euro threshold.

„The question was not whether to give up on the threshold, but rather when to do it”, declared Jordan.

Two of the most important research institutes in Switzerland, KOF and BAKBasel, estimated that Swiss economy will fall into recession this year, while all major banks in Switzerland reduced the growth forecast of the GDP.