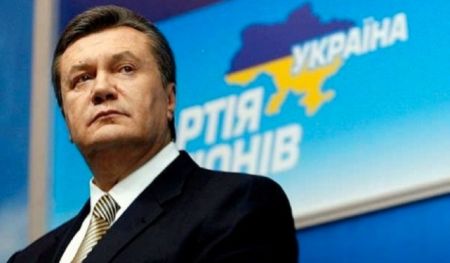 The announcement was made by the General Prosecutor of Ukraine, Vitali Iarema

The General Prosecutor of Ukraine, Vitali Iarema, stated that he sent Russia a request for the search and arrest of former Ukrainian President Viktor Yanukovych and other former Ukrainian officials, according to TASS’ website.

„We have sent a request to Russia’s General Prosecution regarding establishing where Yanukovych is and asking for his arrest”, declared Iarema on Friday in the Ukrainian Parliament. Other politicians on the list are former Prime Minister Mikola Azarov, former General Prosecutor Viktor Pskona and the former head of the Security Service, Aleksander Iakimenko.

The General Prosecutor of Ukraine accused Yanukovych for causing a prejudice of about 3.5 billion EUR to Ukraine’s economy.

The former President is also accused of “usurpation” for abolishing the constitutional reform of 2004, while extending presidential prerogatives and limiting the role of the Parliament.

Iarema stated that an investigation was also initiated on a criminal group founded by Yanukovych in order to obtain “illegal gains”, in which Government officials took part from 2010 to 2014.

Viktor Yanukovych, aged 64, President of Ukraine from 2010 to 2014, fled from Ukraine amid violent protests in the Independence Square in Kiev and took refuge in Russia.