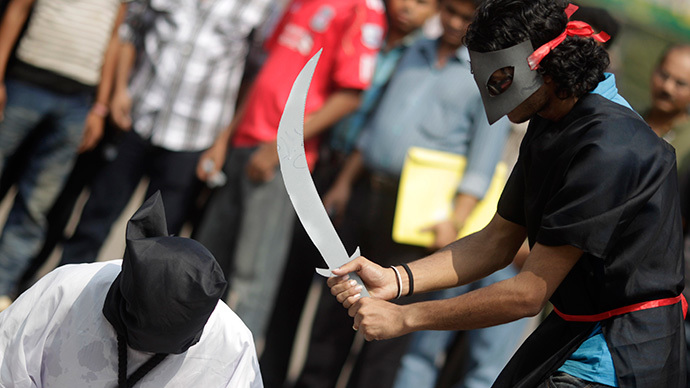 A huge number of executions have been held in Saudi Arabia since the beginning of the year. It’s only May, and the number is almost as high as the country’s total for 2014. There were 88 total executions in 2014. The 85th of this year has been carried out on Sunday.

A PDF application can be downloaded. Don’t expect a too-high salary. The job is labeled as “religious functionary” and is at the lower end of the pay scale. The job requires no special qualifications. The executioner’s main role is, obviously, executing the death sentence, but also amputating body parts.