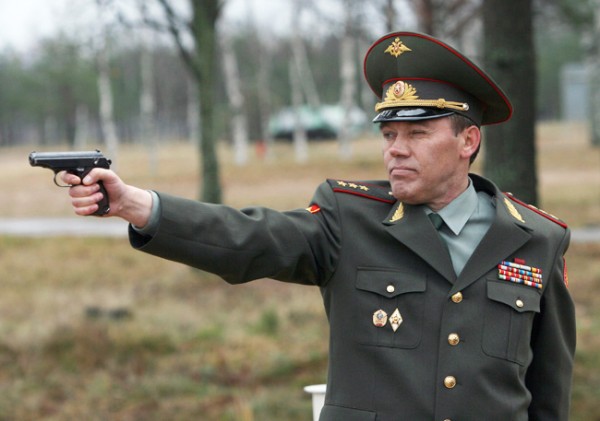 Russia is warning NATO against approaching its borders

The Russian Chief of Staff declared that it is unacceptable that Ukrainian troops are using aircraft combat, heavy artillery and missile systems against civilians

According to the ITAR-TASS news agency, the Russian army’s Chief of Staff, Valery Gerasimov, warned against “advancement of the NATO infrastructures towards Russian borders”, in a telephone conversation that he had on Thursday with general Martin Dempsey, the U.S. Chairman of the Joint Chiefs of Staff.

The press service of the Russian Ministry of Defense stated that, during this conversation, focus was on the Intermediate-Range Nuclear Forces Treaty (INF), the situation in Ukraine and other topical issues.

In regard to Ukraine, the Russian Chief of Staff declared to his American interlocutor that it is unacceptable that Ukrainian troops are using aircraft combat,heavy artillery and missile systems against civilians.

At the end of May, due to the events in Ukraine, NATO decided to increase air patrols in the Baltic Sea and the number of military exercises in Poland and in the three Baltic countries: Estonia, Latvia and Lithuania. At the same time, the Alliance announced its plans to increase naval presence in the Baltic and Black Seas.

In June,  Anders Fogh Rasmussen, the organization’s Secretary General, said that the Alliance is making concerted efforts to improve the defense capabilities of its member countries, including the regions near the Black and Baltic Seas.

Recently, American General Philip Breedlove, Supreme Commander of the allied forces of NATO in Europe (SACEUR), announced that one of the biggest NATO military bases in Europe could be created in the port city of Szczecin (Poland), not too far from the Russian border, declared the fore-mentioned press agency.