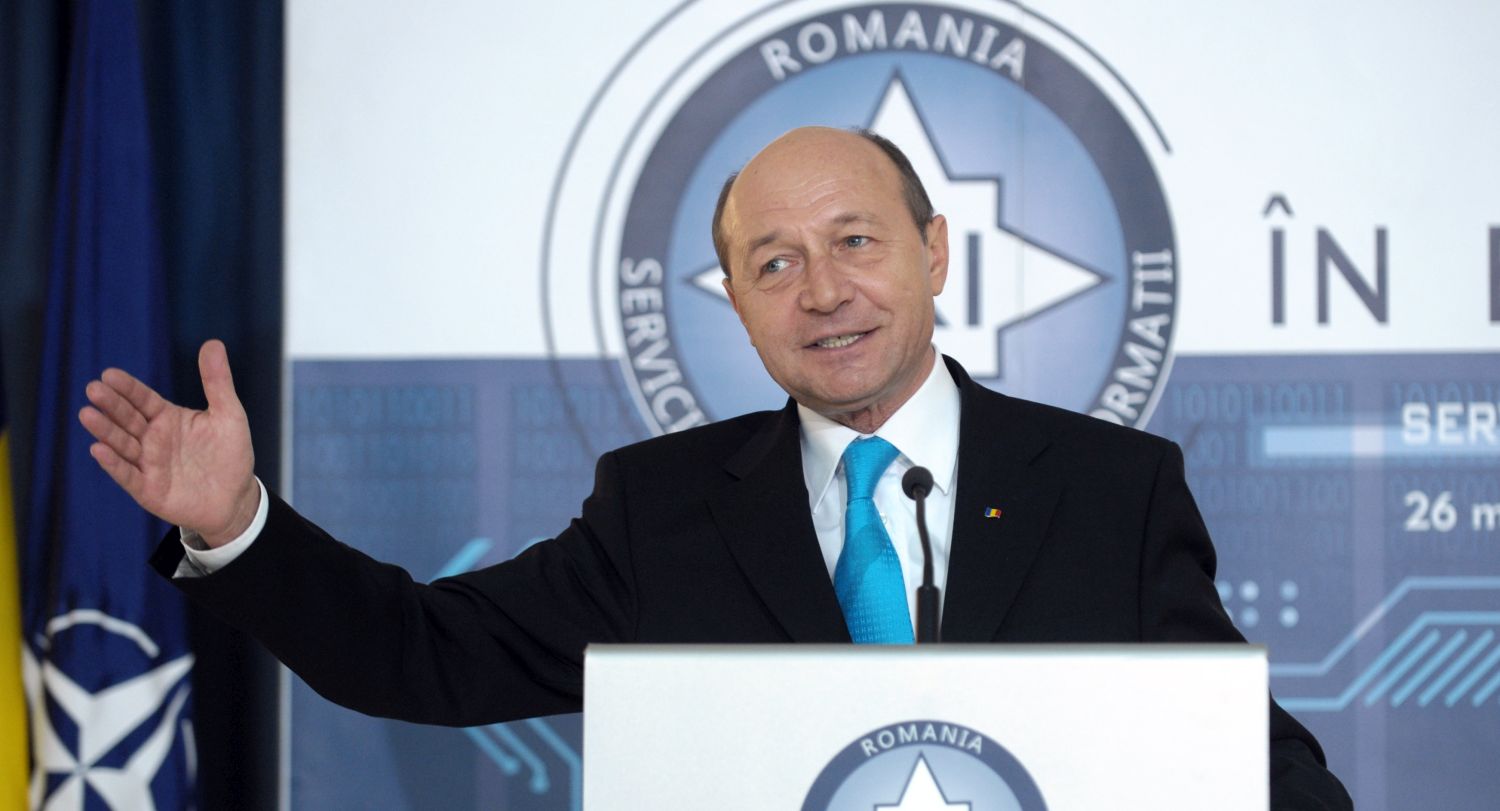 The President declared himself “surprised” by the Foreign Intelligence Service’s engagement in the political dispute, a thing he did as well on Monday evening

On Wednesday evening from the Cotroceni Palace, Traian Basescu attacked the Romanian Foreign Intelligence Service (SIE). Furthermore, the President declared himself surprised by the engagement of “the best intelligence service in the world” in the political dispute, a thing he did as well on Monday evening.

During the press statement held on Wednesday, Basescu argued that the press release issued on Tuesday by the SIE would contain untruths, referring to the specifications given by officials of the service regarding the Government’s Decision no. 223/2013, which – shown in the statement – did not need the CSAT approval in order to be adopted. In addition to supporting that the drafted bill should have passed, in fact, through the CSAT, Traian Basescu described the explanations of the SIE specialists, regarding the reasons behind the Government Decision, as “ridiculous”.

„I noted the SIE press release from yesterday and I must say that the service’s engagement in the political dispute surprised me, it’s a huge mystery for me why they did it. There are untruths in the release and, most importantly, related to the fact that there was no need for the CSAT approval for GD no. 223/2013” – Traian Basescu, President of Romania.

Traian Basescu did not miss on the opportunity to attack both the former head of the SIE, Teodor Melescanu, independent presidential candidate, whom he accused of disinformation, and Prime Minister Victor Ponta, PSD (Social Democratic Party) candidate for the Cotroceni office – using the same undiplomatic language as in the previous statements.

In addition, Basescu referred in his statement to the trials through which SIE, at the court’s request, would be forced to admit that Victor Ponta was an undercover officer of the service.