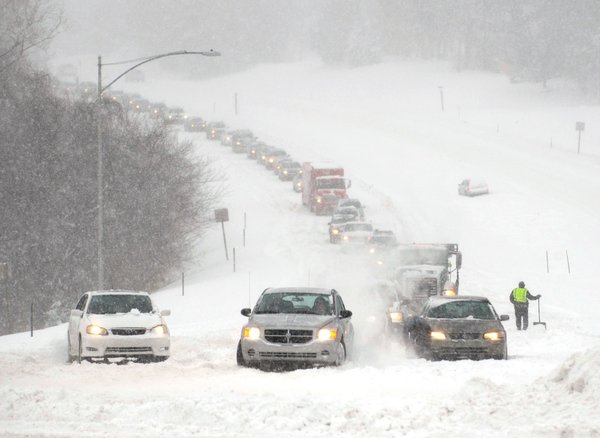 According to American press, four persons died on the snowy and icy roads, three in Tennessee (south) and one in Kansas (center)

On Tuesday, strong snowstorms and acute cold were paralyzing a big part of eastern and central US, causing the daytime closing of Washington Federal Agencies, due to a new pending polar front, AFP transmitted.

According to American press, four persons died on the snowy and icy roads, three in Tennessee (south) and one in Kansas (center).

The Washington Capital, covered by a thick layer of snow, has slowed down work on Tuesday. “Federal Agencies are closed”, the US Government announced on their website. This decision comes after approximately 100 cities closed down administrative institutions.

The Octavia storm, that hit the East Coast and the Center of the US, brought icy temperatures in areas where 50 million people live. Temperatures will continue to decline below normal levels in the coming days, announced the National Weather Service.

Approximately 1.800 flights were canceled on Tuesday in a big part of the US because of the bad weather, according to Flightaware.com.

February has already beaten the record for most snowfalls in Boston, with a snow quantity ten times higher than the average of a normal winter.