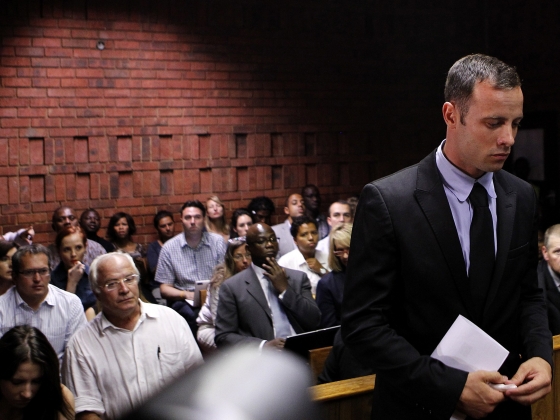 Oscar Pistorius, sentenced to five years in prison for manslaughter

On Tuesday, Paralympic champion Oscar Pistorius was sentenced to five years in prison, being found guilty of manslaughter in the trial in which he was accused of killing his girlfriend, Reeva Steenkamp.

Pistorius was found not guilty of premeditated murder, but was found guilty of the involuntary manslaughter of his girlfriend Reeva Steenkamp on the 14th of February, 2013.

Judge Thokozile Masipa also sentenced Pistorius to three years of suspended prison sentence for the use of firearms.

Oscar Pistorius, aged 27, shot and killed Reeva Steenkamp on the 14th of February, 2013, the South-African model with whom he had had a relationship for three months. He claims that he shot his lover by mistake on the night of the 13th to 14th of February, after he mistook her for a thief hiding in the bathroom of his home.