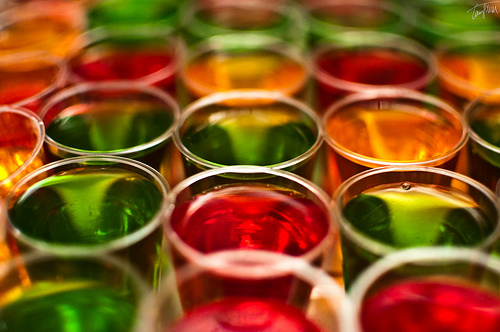 A 57 year old man tried to break a bar’s record of 55 consecutive shots. He had already drunk 14 shots before attempting to break the record. It is unknown whether the 14 shots were counted or not.

Apparently, he drank 30 shots in about a minute, and ended up drinking a total of 56. The shots were either mixed drinks or hard liquor. The man died the next day due to cardiac arrest.

The bar owner is now being charged of manslaughter by willful neglect. The deceased’s daughter stated that the owner was inciting him to consume, at one point even shouting “only 12 more to go”. His lawyer argues that the client was not forced to take on the challenge and drink that huge amount of alcohol.

Binge drinking is a growing concern in France and young people are attracted by it. A draft law was passed in April which states that people who encourage minors to drink in excess will be fined 15.000 EUR. It’s the same law that bans brands on cigarette packs. A final vote regarding it will soon take place in the assembly.