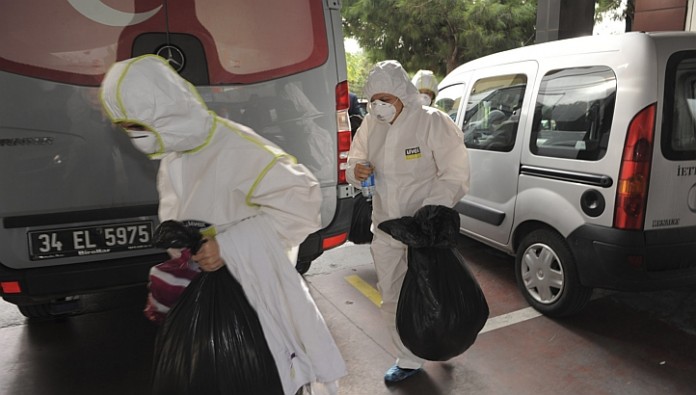 Istanbul. Alert at the Hungarian consulate, after receiving several envelopes with suspicious powder

The Ministry declared that they did not discover any “biological warfare agents such as anthrax, plague, tularemia or ricin” following the analysis

Members of the Turkish agency for the management of emergency situations (Afad) intervened at the diplomatic mission, shows a statement of the metropolis’ Government, who believes that the envelopes are part of the same batch that was received on Friday by the other five consulates.

Twenty-four people were under medical observation on Monday morning, after five consulates in Istanbul, belonging to countries of the anti-jihad coalition, including the US and France, received letters on Friday, containing a suspicious powder.

They are five foreigners and nineteen Turkish citizens, stated the Turkish Minister of Health, adding the fact that they are under observation in special clinics and that their health state is good.

On Monday, the Ministry informed that they did not discover any “biological warfare agents, such as anthrax, plague, tularemia or ricin” following the analysis on Friday.

On Friday, 16 people had been placed under observation and Turkish security teams intervened in five other consulates – Germany, Belgium, Canada, USA and France – to perform tests and to collect the yellow powder which was contained in the letters.

This alert occurred while many Western countries have consolidated their security measures regarding threats coming from the Islamic State (IS), which, for the past month, has been attacking the Kurdish Syrian city of Kobane, near the Turkish border.