How does the Charlie Hebdo massacre site look like today? VIDEO 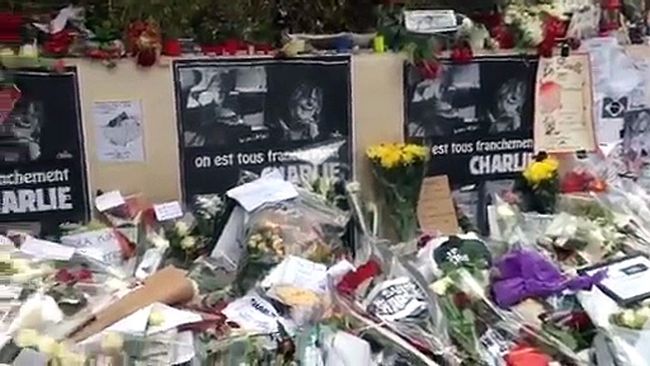 Dozens of people are still coming on the street on which the weekly satirical magazine’s editorial is and leave flowers and messages. Romanian Razvan Pascu, who was visiting Paris, filmed the pilgrimage in front of the editorial.

The Nicolas-Appert Street, on which the Charlie Hebdo editorial is, is still blocked by the thousands of flower bouquets. The massacre area has become a pilgrimage place for both Parisians and tourists visiting the French capital. People leave messages on the editorial’s walls, on the street and in the fences which surround the site of the massacre. Thousands of flower bouquets are left directly on the street, in front of the editorial.

The ordeal at the Charlie Hebdo editorial broke on the 7th of January, around 11.20 a.m., when the editorial meeting had just begun. The two men wearing face masks knew the journalist’s schedule, but had the wrong address. When they arrived on the Nicolas-Appert Street, they got out of the car at no. 6, where the weekly’s archive is.

Witnesses stated that the terrorists asked if that is the editorial office, so they went ahead and entered the correct building. Armed with Kalashnikovs, they opened fire on the receptionist, then went up to the 2nd floor, where the Charlie Hebdo editorial was and killed the ten journalists.