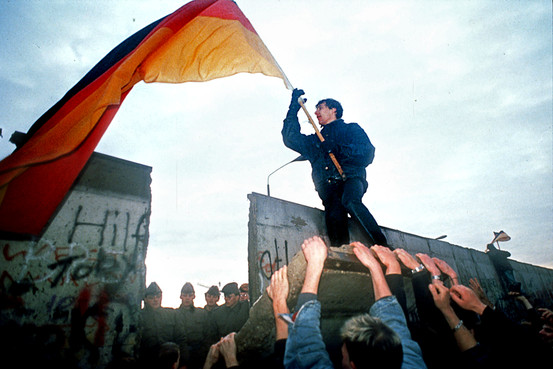 On the 9th of November, Gunter Schabowski, SED spokesman, announced that East-German citizens were granted the right to travel abroad

On Thursday, Germany marks 25 years since the rally that initiated a series of movements that would lead to the fall of the Berlin Wall one month later, AFP reports.

On the morning of October 9th, 1989, in Leipzig, the communist government of the former German Democratic Republic (GDR) believed that they had foreseen everything; the army was mobilized with armored vehicles and water cannons, the hospitals stockpiled blood and the Western Press was stuck in West Berlin. The Stasi secret police was expecting a demonstration with about 30.000 participants. But President Erich Honecker’s orders were clear: this demonstration had to be suppressed as was the one from the previous week, which was attended by 10.000 participants.

However, after the traditional religious service with prayers of peace at the St. Nicholas Church, the number of people who gathered at the outskirts of Leipzig reached 60.000, maybe 70.000.  Bearing candles, they were chanting slogans such as “No violence” or “We are the people”, although each protester was aware of the risks to which they were exposing themselves, not only the danger of being arrested, but of the possible problems at work or being expelled from college, in the case of students. The dangers were even more predictable as Erich Honecker congratulated China in July for suppressing the demonstrations in the Tiananmen Square.

Shocked by the scale of the rally, the authorities did not react, and the Red Army remained in its barracks.

„They were expecting anything, except prayers and candles”, the lack of a reaction was explained by Christian Fuhrer, the iconic pastor of the St. Nicholas Church, who passed away in June, this year.

On June 27th, 1989, Hungarian Minister of Foreign Affairs Gyula Horn and his Austrian counterpart, Alois Mock, cut together a section of the barbed wire fence on the border between their countries, marking a symbolic breaking of the Iron Curtain that separated Europe into two political-military blocks until then.

October 9th, the beginning of the end

Later, small-scale demonstrations started to appear in the GDR and multiplied until October. In these circumstances, the idea of opening The Wall was being taken into account by the leaders of the East German Communist Party (SED), which estimated that it would be better to lose three or four million citizens reluctant to the benefits of communism, than to continue an endless dispute, Rainer Eppelmann explains, another East-German pastor, now in charge of a foundation dedicated to researching the communist dictatorship.

But the events precipitated, and on October the 18th, Honecker was forced to resign. On November 9th, Gunter Schabowski, the SED spokesman, announced that East-German citizens were granted the right to travel abroad. “The 9th of October (…) was the beginning of the end” highlighted Rainer Eppelmann, confessing that East-Germans were still thinking about the reunification which was to be formalized one year later.