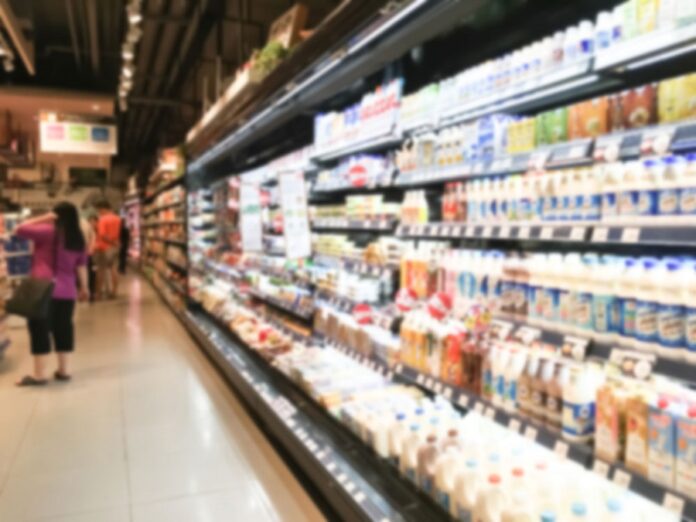 The inflation in France rose to its highest level since late 2018 as food and energy costs accelerated and manufactured goods prices rebounded with the end of the sales season, according to Bloomberg.

August’s 2.4% year-on-year increase in consumer prices in the euro area’s second-largest economy is above the European Central Bank’s 2% target and also beats the median 2.1% estimate predicted by economists.

The French data comes after Germany recorded the strongest rate of inflation since 2008 and ahead of a publication for the euro area later Tuesday that’s also expected to show inflation in the currency bloc as a whole running above the ECB’s target.

Policymakers have said the stronger inflation will be a temporary phenomenon in Europe, indicating a change in the expansionary policy is not on the cards.

Data in France also showed that consumer spending fell 2.2% in July from June, an unexpected drop as households cut back on manufactured goods purchases. A sharp decline in car sales contributed to the weak reading.

In a separate publication, French statistics agency Insee revise up the reading for economic output in the second quarter to 1.1% from 0.9% due to the incorporation of new data. 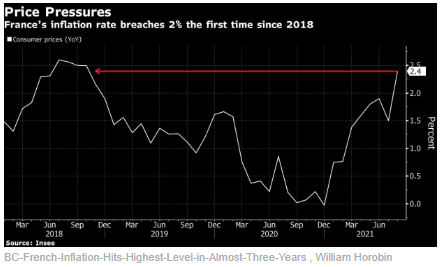