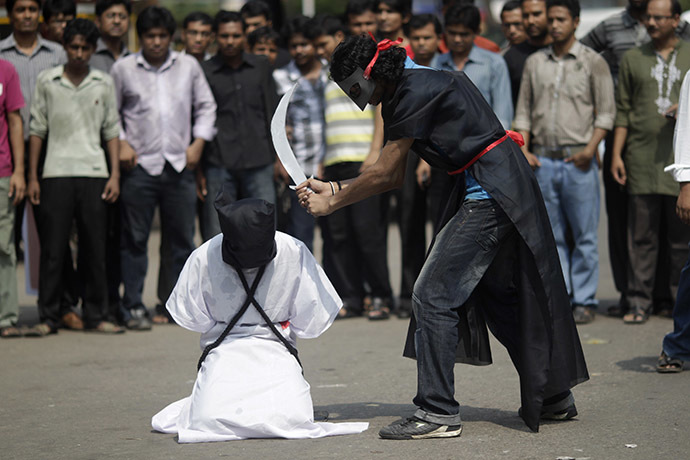 Five foreigners beheaded in Saudi Arabia, then hung from a helicopter

Five foreigners were recently beheaded in the city of Jeddah, Saudi Arabia, after which their corpses were hung from a helicopter, in order to set an example for others.

The men had been accused of murdering an Indian man in order to steal his money. They were originally from Yemen, Eritrea, Chad, and Sudan respectively.

Saudi Arabia sits at the top of Amnesty International’s list of countries with the highest number of executions. A total of 87 executions took place last year, whilst in 2015, 79 executions have already been carried out.

Rape, murder, drug trafficking, armed robbery, and apostasy (the abandonment of one’s religion) are all punishable by death in Saudi Arabia.