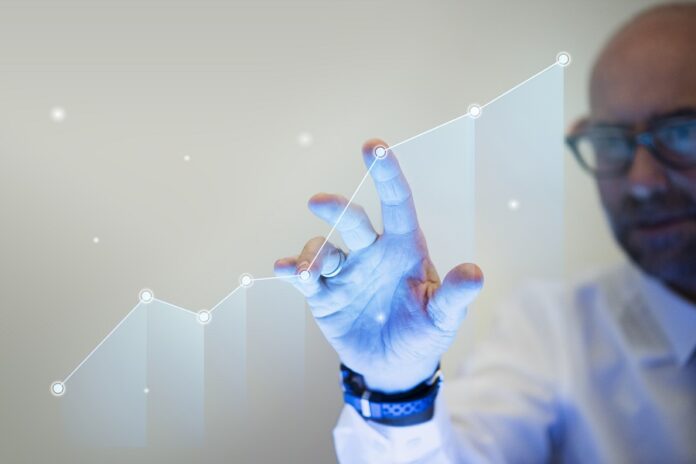 Confidence in the euro-area economy climbed to a record in July as business resurges following the end of coronavirus lockdowns, according to Bloomberg.

Factories in the 19-nation region are running at full steam, bolstered by a strong global recovery, and consumers are splurging on travel and services unavailable during long stretches of the pandemic.

A gauge measuring sentiment rose to 119, the highest since the series began in 1985, from 117.9 in June. In industry, booming demand lifted the mood among executives, though it’s also squeezing capacity and causing bottlenecks. Services confidence showed the best reading since 2007.

The International Monetary Fund raised its economic forecasts for the euro area for 2021 and 2022 and predicts momentum in the bloc’s four largest economies will pick up in the coming months.

The European Central Bank is bracing for a strong increase in output in the current quarter, though it’s also warned that resurgent infections along with supply constraints, risk damping the recovery.

In the European Union, 57% of people are fully vaccinated, and several governments have introduced new curbs to contain the more contagious delta variant of the coronavirus. While those restrictions could pose a setback, they’re unlikely to derail the economy.

Manufacturers are reporting full order books, and some badly affected by a shortage of chips and other inputs see improvements ahead. French car-part maker Valeo SA expects supply constraints to gradually ease by the end of the year, and Volkswagen AG’s China chief predicts the company should be able to better meet demand late in the third quarter.

Retailers are also optimistic. Home decorating chain Maisons du Monde SA saw like-for-like sales up 35% in the first half, and Metro has raised its comparable sales forecast for the year. 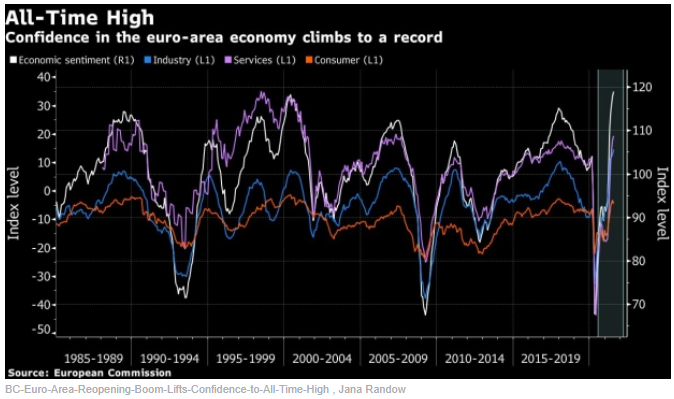