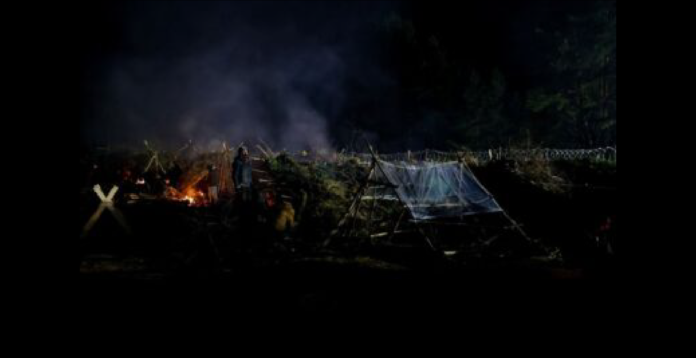 EU to step up sanctions on Belarus over escalating border crisis

The European Union will toughen sanctions on Belarus on Monday and may extend them to include airlines and others involved in transporting migrants, the EU’s top diplomat said, as the migrant crisis on the Polish border intensifies, according to Reuters.

Ahead of an EU foreign ministers’ meeting, Germany’s Heiko Maas said airlines could be told to stop transporting migrants to Minsk or face being banned from landing in Europe, warning: “We are nowhere near the end of the sanctions spiral.”

On Monday morning, Polish border guards warned migrants on the other side of the border over loudspeakers that force could be used against them if they disobey orders after Poland and Lithuania reported they stopped over 100 people each attempting to enter on Sunday.

Arriving at the meeting in Brussels, EU foreign policy chief Josep Borrell told reporters the ministers would approve further sanctions on Minsk on Monday. The EU might also seek to broaden them to include airlines, travel agents and other people involved in transporting migrants to Belarus.

Belarusian President Alexander Lukashenko was quoted as saying on Monday that Minsk would retaliate against any new sanctions imposed on it by the West.

Thousands of migrants have travelled to Belarus in the hope of crossing into the European Union, only to find themselves trapped on the wooded border in bitter winter conditions. They moved towards the Polish frontier last Monday, setting up a camp there and, in groups, attempting to enter Poland and nearby Lithuania numerous times.

EU members Lithuania, Latvia and Estonia have warned the standoff could escalate into a military conflict. Their presidents will meet in Vilnius on Monday to discuss the crisis and will speak to Polish President Andrzej Duda by videolink.

Belarusian state-owned carrier Belavia said in a notice that the United Arab Emirates had barred Afghan, Syrian, Yemeni and Iraqi citizens from flights to Minsk on Monday.