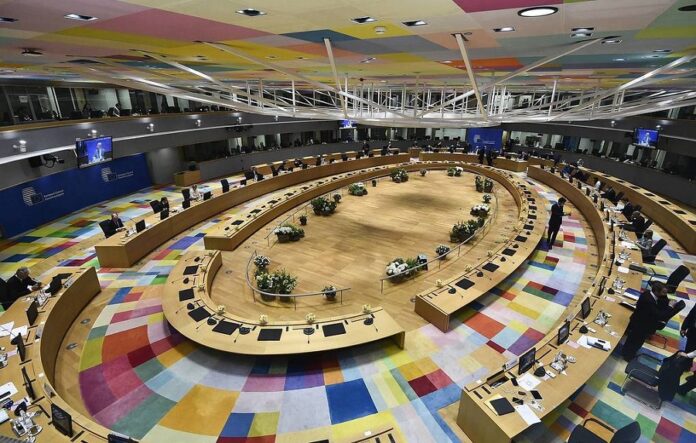 EU Summit to discuss strategy for relations with Russia: Update

Update 11:39– European Union leaders failed to agree on a proposal by France and Germany to hold a summit soon with Russian President Vladimir Putin after Poland and Baltic countries said it would send the wrong message as East-West ties deteriorate, according to Reuters.

German Chancellor Angela Merkel said early on Friday after late-night talks at their meeting in Brussels, that the 27 EU leaders failed to reach an agreement.

“It was a very comprehensive discussion and not an easy one. There was no agreement on an immediate leaders’ meeting,” said Merkel.

Update 17:57- France and Germany called on Thursday for a European Union summit with Russian President Vladimir Putin but met firm resistance from Poland and Baltic countries who distrust the Kremlin, according to Reuters.

French President Emmanuel Macron said the first EU summit with Putin since January 2014 would be a chance for dialogue and won support from Austria’s chancellor as EU leaders arrived for their regular summer meeting in Brussels to discuss a new strategy to improve ties with Moscow.

French President Emmanuel Macron said on Thursday, that the European Union should resume dialogue with Russia to safeguard the stability of the continent, according to Reuters.

“We need dialogue to defend our interests (…) It is a dialogue necessary for the stability of the European continent,” Macron said on entering an EU summit in Brussels that will discuss the 27-nation bloc’s relations with Russia.

“We cannot stay in a purely reactive logic when it comes to Russia. I hope that we can, with real European unity and coordination, have this …dialogue,” added Macron.

EU leaders will consider whether to seek a summit with Russian President Vladimir Putin as part of the new strategy, a meeting that would follow U.S. President Joe Biden’s summit with Putin last week, according to rferl.org.

Envoys for France and Germany put forward a last-minute proposal to hold a summit with Putin as a possible way to repair ties that the bloc said are in a “negative spiral.”

The EU and Russia are on opposing sides of several issues from matters involving Ukraine and Belarus to human rights. They also accuse each other of meddling in elections, spreading disinformation, and threatening security and stability in Eastern Europe.

“We, as the European Union, must also seek direct contact with Russia and the Russian president,” Germany’s outgoing Chancellor Angela Merkel told the lower house of parliament, the Bundestag, ahead of a debate on the matter by the bloc’s leaders.