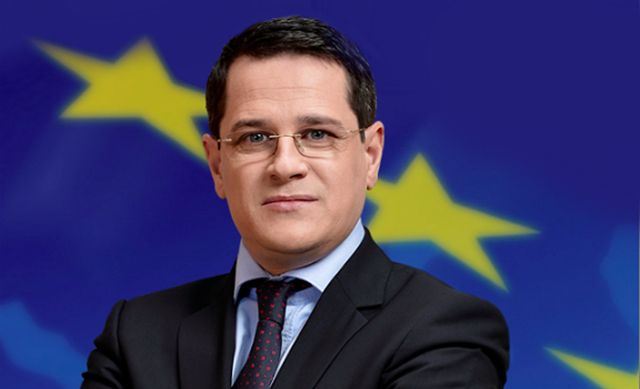 The Parliament validated Klaus Iohannis’ proposal with an overwhelming vote

The Romanian Intelligence Service (SRI) officially has a new director. Eduard Hellvig has been validated with an overwhelming vote in the Parliament, on Klaus Iohannis’ proposal.

The Joint Courts of the Chamber of Deputies and Senate validated on Monday Klaus Iohannis’ proposal with 498 votes “for” and 15 “against”. Eduard Hellvig needed at least 212 votes.

Thank you for your trust. In the last years, SRI has become a vector of national stability. The Service’s priority must be the consolidation of its performance, both for strengthening the word of law and in a complicated geostrategic context. Corruption continues to be a risk factor for national security. When history will no longer be patient with us we will need to build a strong state on solid pillars. Recent developments have shown us the importance of parliamentary control over the activity of the SRI

Hellvig told journalists that he appreciates the work done by the SRI so far, including the former interim director, the deputy director of the SRI, General Florian Coldea. In this regard he stated that he does not intend to make changes in the structure or personnel, but wants to continue the course that the SRI has taken so far.

On Tuesday, Eduard Hellvig will participate in his first CSAT meeting as director of SRI.