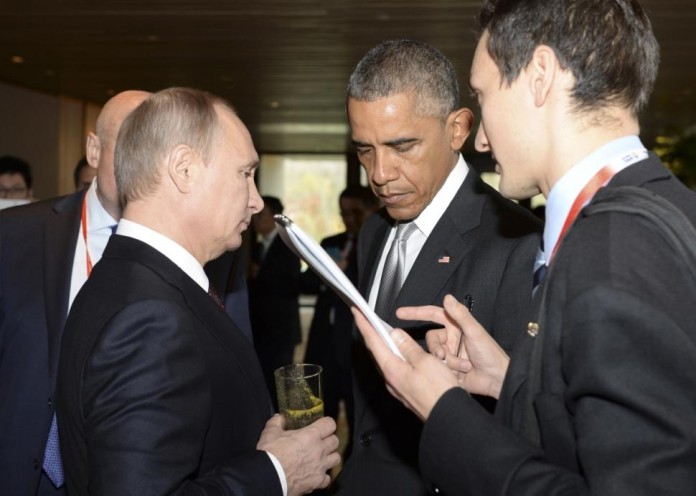 On Tuesday in Beijing, at the Asia-Pacific summit, US President Barack Obama met with his Russian counterpart Vladimir Putin, the two leaders citing problems in Ukraine, Iran and Syria, announced the White House, according to AFP.

The informal contacts which existed between the US President and the Russian President at the Beijing summit on Tuesday were cold, dry and revealed the tensions in the current international political context.

„On three occasions during Tuesday and for about 15-20 minutes in total, President Obama had the opportunity to talk with President Putin”, indicated Bernadette Meehan, spokesman for the United States National Security Council. „Their discussions focused on Iran, Syria and Ukraine” she added.

At the same time, Kremlin announced that the Russian and US Presidents had several short discussions at Beijing, addressing issues related to the bilateral relations and to the situations in Ukraine, Syria and Iran.

„On several occasions, President Putin spoke with President Obama, their meetings were short, but they evoked the bilateral relations, Syria, Ukraine and Iran” indicated Dmitry Peskov, spokesman of the Russian President.

The first contact between Putin and Obama took place on Monday, during the group photo of the summit participants, where the two discussed for 7-8 minutes.