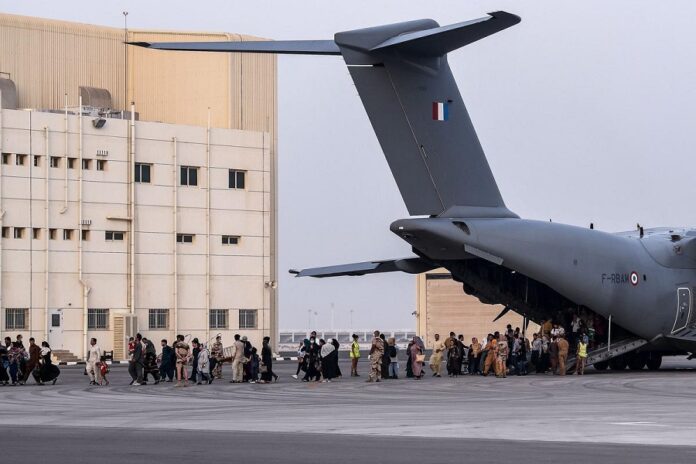 An Afghan refugee who was recently flown out of Kabul and is suspected to have current or past ties with the Taliban has been placed in custody in Paris, French Interior Minister Gerald Darmanin confirmed on Tuesday to franceinfo, according to Politico.

On Monday, Darmanin initially announced that the man, who was taken on a French flight after he helped the French Embassy to evacuate, was placed under house arrest and surveillance because authorities “suspected this person to have or to have had ties with the Afghan Taliban government.” He was placed in custody after breaking the terms of his house arrest “for a few minutes,”

The man, who helped France during its embassy’s evacuation, told authorities he previously managed a Taliban checkpoint.

“He is an Afghan man who, when the embassy was evacuated, helped French citizens and people who worked for France get out, during an incredibly tense moment, and who probably saved lives,” government spokesman Gabriel Attal told BFMTV.

Darmanin denied there was any “fault” in the screening process, some of which took place at the French military base in Abu Dhabi, where French evacuation flights are stopping over. This is when the man admitted he was previously responsible for a Taliban checkpoint in Kabul.

“He and his contacts are now monitored by the General Directorate for Internal Security and geolocated,” added Darmanin.

Right-wing figures Valérie Pécresse and Xavier Bertrand, as well as National Rally’s Marine Le Pen, all three running for the French presidency in 2022, seized on the situation, calling for a swift expulsion of the man if his ties were confirmed.

G7 leaders will meet virtually on Tuesday to discuss Afghanistan’s future. Britain will ask members to coordinate their response to the Taliban and for the US to postpone the withdrawal of its troops, which is planned for August 31.