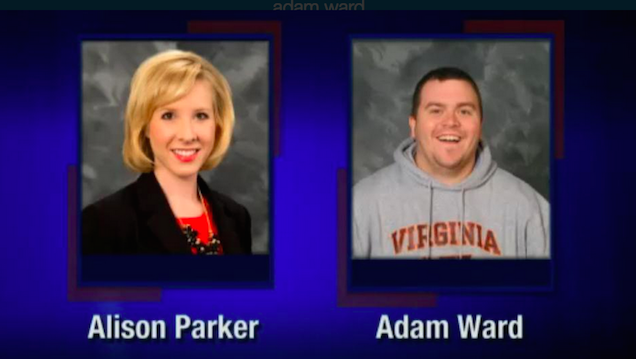 A reporter and a cameraman were shot on live television. VIDEO

WDBJ reporter Alison Parker and cameraman Adam Ward were shot and killed yesterday, on live television, by a former colleague.

Vester Lee Flanagan was the name of the killer. He had been fired in 2013 from the station and did not take the news too well.

He was described as “an unhappy man, difficult to work with, and who was always looking out for people to say things he could take offense to”, by Mr. Jeffrey Marks, WDBJ president. “Eventually after many incidents of his anger coming to the fore, we dismissed him. He did not take that well.”

Flanagan not only murder the young employees on live television, but he also filmed it from his perspective, and uploaded the video on the Internet, a few hours later. He was being pursued on a highway, hundreds of miles away from the crime scene. When he realized that there was no escape, he committed suicide.

WARNING. THE FOLLOWING VIDEOS CONTAIN IMAGES THAT SOME VIEWERS MIGHT FIND DISTURBING